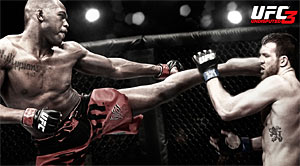 Here’s the top gaming news for the week of January 16, 2012, brought to you by Yell! Magazine

The first news on Resident Evil 6 was revealed this week, and they have a release date. The new trailer looks to be bringing back a bunch of characters. Leon S. Kennedy and Chris Redfield seem to be returning. There was even a glimpse of presidential daughter Ashley Graham in there. The story will take place 10 years after the events in Raccoon City. Bioterrorism and government conspiracies are swirling, and it’s up to you to travel around the world to stop the outbreak.

The last game in the Resident Evil series was more action oriented, this game will still have that, but this time around it looks like they are making an effort to add a more survival horror feel that the franchise made famous. Resident Evil 6 will be released this year, on November 20th, for the Xbox 360 and PlayStation 3. A PC version will be available soon after.

Finally, I can use the fuel-efficient yet stylish design of a Nissan Leaf in Gran Turismo 5. A six pack of new cars, and a new track is now available for purchase for Gran Turismo 5. The downloadable pack includes a Lamborghini Aventador, the Jaguar XJR-9 LM, an Aston Martin V12 Vantage, a 1966 Volkswagen 1200, the Mini Cooper S Countryman, and the Nissan Leaf. The car pack and the Route X test track is available now for $6.

Head Cheap-Ass Gamer, CheapyD, did something uncharacteristic to his name, and really classy to boot. Saints Row developer Volition had a charity auction to help pay the medical bills of 23-year-old burn victim Ashley Ames. One item up for auction was the chance to be a voice in Saints Row: The Third. CheapyD answered the call to the tune of $2,000. You can now download the free Saint’s Row 3 Cheapy D DLC. You’ll be able to call him up and ride with you after you unlock Shaundi’s Ex-boyfriend’s apartment in the game. Class acts for all involved.

Ico and Shadow of the Colossus

The PlayStation 3 has recently been offering PlayStation 2 games for download, but besides a few exceptions, the titles on tap have been lackluster to say the least. Not anymore. For any of you who haven’t played the amazing Ico and Shadow of the Colossus, now’s your chance. Both games are now available on the PlayStation Network for $20 a pop.

Last weekend, Twitter was a flutter with rumors that publisher THQ had canceled its entire 2014 release schedule and that it would start selling off the company, returning intellectual property to their licensors. This all started when Kevin Dent, a gaming industry business veteran, tweeted the “news” above and that Warhammer 40,000: Dark Millenium Online would also see the same fate.

”THQ has not canceled its 2014 line-up and has not made any decisions regarding the planned MMO. As part of the ongoing review of our business, we have made decisions to ensure that the company is strategically addressing the most attractive markets. As we have previously announced, we have dramatically reduced our commitment to the kids’ boxed games sector, which leads to a significantly more focused release schedule moving forward. Our slate for calendar 2012 and beyond is focused on high-quality core games and continues to build our digital platform and business. We are excited for our pipeline of original and high-quality content along with our relationships with some of the best talent in the industry.”

THQ has many licenses under its belt. Besides the aforementioned Warhammer series, they are also in charge of the WWE and UFC franchises, and, more importantly, they are responsible for the hit or miss Red Faction series, and arguably one of best games of last year, Saints Row: The Third. I admit the market is tough, and despite their great licenses, their stock price is less than perfect, making these rumors sound plausible. I wouldn’t be surprised if THQ becomes a thing of the past in the next couple of years.

I like Dead Island. It has its problems, but its a serviceable zombie-filled romp that you can have with friends. This time around, the new downloadable content will allow you to play as that voice on the radio, and all around pain, Ryder White. This story-based DLC puts you in the shoes of Ryder White and lets you play events coinciding with the main game. In a world of competitive multiplayer maps, I always appreciate story-based DLC, and I’m more likely to play it, especially if its for a game with a story I liked. Download this side story on January 31st for $9.99 on the PlayStation Network, and February 1st for 800 Microsoft Points on the Xbox 360 Marketplace.

I’m all for raising awareness to human rights violations against women, especially if doing so involves the creation of silly yet poignant Facebook-based Angry Birds clones. I know the play on words sounds disrespectful, but its trying to make a good point.

Over 50 years ago, marriage dowries, the giving of money or jewels to a groom in order for them to agree to marry a woman was outlawed in India. However, the custom is still alive and well. In fact it has gotten so bad that grooms began to ask for even more money after the marriage ceremony. Reports show that failure to comply to these customs have resulted in physical and mental abuse. For example, the act of burning a wife alive or “stove burning” would occur if payment wasn’t met. In 2010 alone, there were 8,000 dowry-related deaths and 90,000 dowry-related abuse cases, and these are just the reported cases.

In an interview, Ram Bhamidi, Sr. VP and head of online marketing for Shaadi.com, a matrimonial website with two million members, and the developer of the game, told Reuters:

“The Angry Brides game is our way of throwing a spotlight on the nuisance of dowry. According to a 2007 study… there is a dowry-related death every four hours in India. We condemn this menace and have consistently run campaigns on social media to help create awareness of the issue.”

I love my girlfriend, and she comes from that part of the world, it’s why things like this scare the hell out of me. Any man who demands money for marriage, and raises a hand to someone they supposedly love, is not much of a man in my book. It’s cowardly and pathetic. These “men” don’t deserve to be married, and should be ashamed of themselves. I admit, is a Facebook game where you hit three unsuspecting grooms in the face with pots and pans the best way to combat dowry related spousal abuse, or any kind of abuse? Probably not, but it’s a start.

The only people who like game delays are the programmers franticly trying to finish the game they are working on. The happy coders this time is the Rockstar Games team working on the highly anticipated Max Payne 3. Unfortunately for us, they won’t be making their planned March 2012 release window. The release is now pushed back to May 15th for consoles and May 29th for PCs in North America. The rest of the world is getting Payne on May 18th for consoles and June 1st on PC. By the looks of the game, the extra two months might be worth the wait.