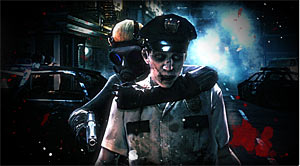 Here’s the top gaming news for the week of January 9th, 2012, brought to you by Yell! Magazine

If you pre-order Prototype 2 at your local Gamestop, you’ll have exclusive access to the Bio Bomb Buttkicker ability. I hate silly pre-order bonuses. At best they are useless add-ons that adds nothing to the experience, and at worst, they can make the game unbalanced by giving you an unfair advantage at the top of the game. Check out the video below, and decide for yourselves.

The demo for the latest Final Fantasy game is up for download. The Final Fantasy XIII-2 demo is now available on the Playstation Network, and Xbox Live Marketplace. The demo is around 40 minutes long, and goes through the basics of the battle system. To be honest, I haven’t finished the first Final Fantasy XIII, and the thought of playing another one hurts my brain, and makes me feel old. I miss the days where I could sit down and play a 40 to 80 hour Japanese role-playing-game in a few day without breaking a sweat.

“Steam and Steamworks continues to evolve to keep up with customer and developer demands for new services and content, Support for in-game item trading prompted the exchange of over 19 million items. Support for Free to Play (FTP) games, launched in June, has spurred the launch of 18 FTP titles on Steam, with more coming in 2012. Looking forward, we are preparing for the launch of the Big Picture UI mode, which will allow gamers to experience Steam on large displays and in more rooms of the house.”

With new consoles at least a couple years away, and more developers coming aboard Steam. All this tells me is that I need a new computer.

For months it’s been rumored that Kazuo Hirai, the head of Sony Computer Entertainment Inc. would take over for Sony CEO Howard Stringer. Reports are finally surfacing that Hirai will be promoted to President of Sony in April. Hirai has been the head of all things Playstation since 2006. Considering that Sony’s Playstation division is one of the more profitable areas, this changing of the guard is no real surprise. Howard Stringer will still be CEO and Chairman. Making Hirai President of Sony will give him say on every Sony property, from TVs to toasters, to movies, and games, and everything in between.

A Public Relations debacle of epic proportions occurred during the holiday break. If you haven’t heard, here’s the a link to the story. Long story short, some PR guy said the wrongs things, and was being a complete douchbag to a customer. Then the Internet got a hold of the story, and tore him a new one. Actually, let me say something to my colleagues here at Yell! Dudes, do yourselves a favor, read this story, and if any of us does anything remotely like this, we should all get fired.

Anyway, N-Control, the company that was being represented by this horrible PR firm, is now on damage control mode. They announced that they will make a large donation to Child’s Play, the charity that provides video games to sick children in hospitals. “The Avenger”, the controller add-on for disabled gamers the company makes, is actually a good product. It’s unfortunate that they’re getting such bad press for something a PR agency did in their name. The moral of the story is, know who you’re getting into bed with.

In other Ninja news, Ninja Gaiden 3 will have deathmatch style multiplayer. Check it out here:

Also, details on the obligatory pre-order bonus, and collectors edition. If you pre-order at GameStop, you get a demo of Dead or Alive 5 with Gaiden characters Ryu and Hitomi. If you pre-order at Amazon, you get the same demo but with Ayane and Hayate from the series instead. Or you can skip all that meshugaas and get the collectors edition that will have the demo with all the characters plus bitchin’ ninja figurines, a CD soundtrack, and an art book, for $99.99.

Get more gaming news on the next jump…