Did you ever play these classic fighting games? 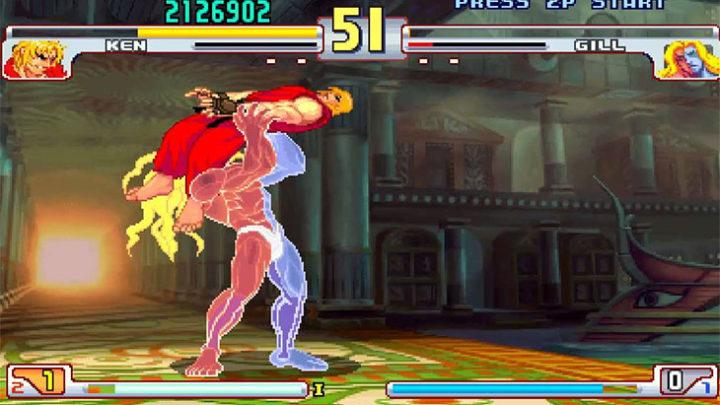 Whether you’re a mixed martial arts fan or dabble in the odd boxing fight from time to time, fighting and combat sports is an entertainment genre unlike no other. Other sports simply don’t cut it in that respect.

When assessing the entertainment options which have accompanied these types of sports, fighting games are usually a popular choice for many fans. Over the years, on numerous classic consoles, an array of memorable fighting game releases have registered huge success. Some of them stand the test of time, while others were truly iconic at the time of release. The fact remains, fighting games possess a wonderful mix of competition and all-out fun that other creations can’t beat. Of course, live blackjack games offer something unique, and titles like FIFA 2021 remain popular, but they tend not to serve up as much chaos and mayhem that many memorable fighting games from over the years do.

With that in mind, we thought we’d reminisce and go through a selection of the best fighting games in the history of the genre. Perhaps you might have sampled one or two of these iconic releases?

Street Fighter games live long in the memories of many people, especially when assessing the games they enjoyed during their childhood. For most, Street Fighter III: Third Strike was the best of the lot. A truly momentous creation from a series of games that can only be described as a phenomenon, the animations in this particular release are immense. Even the slightest of moves could result in an annihilation of the highest order, although the catchy soundtrack did soften the blow somewhat.

A particular favourite among the MMA community, Mortal Kombat II served up over-the-top violence in a truly stunning fashion thanks to the improved combat mechanics of this second release compared to the first instalment of the game. The gruesome fatalities were immense, there were secrets to unravel, and ‘babalities’ and friendships to get your head around.

After thriving in the arcade scene, Soulcalibur eventually found its way onto console and never looked back. Soulcalibur’s eight-direction movement and lenient combo system won over millions of fighting game fans, although the character design and their subsequent moves also proved to be extremely popular. Everyone has their favourite character and a rival they despised coming up against. Considered by many as the best Dreamcast game of all time, Soulcalibur is a truly epic release.

A slightly different inclusion on the list, Super Smash Bros. Melee doesn’t possess the mechanics most other fight games have, but it offers the type of fun and craziness many other games of its kind simply don’t. An incredibly entertaining brawler, Super Smash Bros. Melee contains the characters from the Mario franchise people know and love. Its tournament aspect is still widely adored even today, and in terms of its mechanics, it is most definitely one of the most polished games of all-time.

The Tekken series of games are truly iconic in their own right, but Tekken 7 is many peoples’ top pick. One of the newer releases on the list, the storied 3D fighting franchise excited fans with this 2015 release. The camera improved dramatically, the expanded Rage system was well-received, the characters improved, and fans simply adored the rivalry coming back to life between Heihachi and Kazuya Mishima.