What’s Next For The Winners And Losers Of UFC 140: Jones vs. Machida? 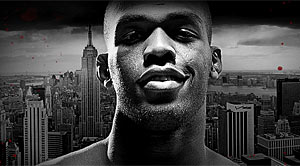 From top to bottom, UFC 140 was quite the event. I’m talking slick submissions, broken appendages, and plenty of “OMG” moments. Now once again it’s time to ask: what’s next? What does the future hold after Little Nog put an epic beatdown on Tito Ortiz, after Frank Mir snapped Big Nog’s arm like a twig, after Jon Jones reduced Lyoto Machida to an unconscious heap? Here’s my answer to just that: a new edition of my “What’s Next for the Winners and Losers” series of articles, now featuring UFC 140 “Jones vs. Machida”.

I feel gutted for Mark Hominick, and I think you can make a serious case for calling this one a wash given the death of Sean Thompkins, but it sadly must be said: this was the worst performance of Mark Hominick’s career. No matter what we say to attempt to cushion the blow, the blow has been dealt: Mark Hominick has tumbled out of the rankings and now must start over.

With two highlight-reel victories in two consecutive bouts, “The Korean Zombie” has officially arrived in the UFC. I can’t think of any particular opponent for him at this moment in time, but I will make the case that he deserves a legitimate Top 10 contender right now. Whoever it is, look for Jung to try his best to turn these impressive victories into a real run at the title.

This may have been the least-impressive performance of Brian Ebersole’s UFC career, but that shouldn’t take away from the fact that Ebersole is 3-0 against some pretty good competition. The UFC’s Welterweight division is wide open right now, with lots of hungry veterans and plenty of rising newcomers, so Ebersole won’t have a problem finding opponents. Down the line I’d like to see him go up against the likes of Rory MacDonald, Jon Fitch, and others of their ilk.

Ortiz says that he has one fight left in his contract, and it’s up to Dana White to decide whether or not he gives him that fight. Ortiz says he wants to retire with a win… but so did Chuck Liddell. So did Randy Couture. So did a whole host of other aging veterans. Since he’s still a popular fighter, I think White will honor Ortiz’s contract, but once that fight is done (win or lose) we can expect Tito Ortiz to retire.

I’d really like to see Little Nog go up against Rich Franklin. Franklin has virtually been a non-entity in recent years, his status in the UFC is as murky as they come. If not, I’d love to see Little Nog fight Mauricio Rua, or possibly Quinton Jackson if “Rampage” beats Ryan Bader at the UFC’s upcoming Japan card.

Like Tito Ortiz, a very deflating loss leads me to believe that Big Nog more than likely has his eyes set on retirement. Right now it’s confirmed that Nogueira’s arm is indeed broken, but it’s not really known how long he’ll be out healing it. When Nogueira comes back is anyone’s guess, so who is available for him to fight at that time is anyone’s guess too. I’ll stick to what I said a bit earlier: no matter what, Nogueira only has a few years left in him.

The possibility exists for Mir to have some big-time rematches with Brock Lesnar or Shane Carwin, or perhaps a fight with Alistair Overeem would make sense as well. With this win, Mir has once again clarified the fact that he really is one of the best Heavyweights the UFC has to offer. No matter who he fights, expect Mir to be only one or two fights away from a title shot.

Give him Dan Henderson, because the super-fight with Rashad Evans keeps not happening. I think Henderson would be another great veteran for Jones to test himself against. Even though Jones looked amazing against Mauricio Rua and Quinton Jackson, Dan Henderson is a wholly different fighter when compared to both. Either it’s the culmination of one of the best comeback runs in MMA history, or it’s further proof that Jon Jones can beat anyone. Sounds like fun to me.