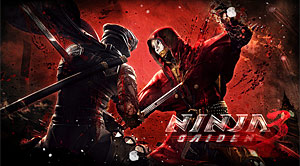 Here’s the top gaming news for the week of August 15th, 2011 brought to you by Yell! Magazine

After rumors of a new Counter-Strike surfaced this week, Valve confirmed that they are indeed working on a new Counter-Strike game. Counter-Strike: Global Offensive will be a mix of old and new. Classic maps, with new weapons and modes, in the hopes of spicing up the Counter-Strike we all know and love. The game is scheduled for release in 2012 on Xbox Live Arcade, PSN, and of course Steam. We’ll keep you posted here on Yell! Magazine.

Windows Phone 7 is getting a slew of new Xbox Live Games. These 14 new titles will work with the upcoming update to the operating system that will add features similar to its console counterpart. Now you can download game add-ons, unlock avatar awards, and protect your kids or accidentally lock yourself out with parental controls. Here’s the list of new games and features.

The PS3 version of the Xbox 360 Kinect game Child of Eden will be released on September 27th. It will have full Playstation Move functionality and support 3D.

Speaking of Playstation Move, Ninja Gaiden 3 will now include support for the Sony motion control. The Ninja Gaiden series has a reputation of being notoriously hard. The inclusion of Move sounds like a controller throwing frustration waiting to happen.

Lots of PS Vita news this week out of Gamescom in Germany. In addition to the traditional way of buying a game, Sony announced that you’ll be able to download every game being released for the system through the Playstation Store. Ubisoft confirmed several games for the system, including Assassin’s Creed, Rayman, and puzzle game Lumines. Not to be outdone, Sony showed off Resistance: Burning Skies on the PS Vita. In terms of new features, Sony confirmed Facebook, Twitter, Skype, and Foursquare integration with the new system. The system is really starting to take shape. For more PS Vita news stay tuned here at Yell! Magazine.

A standalone Infamous adventure is coming to PS3’s by the end of this year. Infamous 2: Festival of Blood will be a new side campaign, and you won’t don’t need to own Infamous 2 to play it. The city of New Marais is being overrun by vampires, and Cole McGrath is infected. Despite sweet new vampire powers, Cole must search and destroy the vampire leader before his time runs out. Yes, vampires are still a thing, but at least it’s not zombies again.

Diablo 3 updates! Tremble in fear of the new Inferno difficulty level. Only unlocked when a player reaches the level 60 cap. This mode was created to challenge the hardcore Diablo fans who max out their characters. Enemies will be a minimum of level 61, have more health, deal more damage, and be way more aggressive. Sounds like it will be a challenge, but it will be worth it because this will be the only way to get the best gear in the game. A beta should be out in September. No solid release date yet, but Blizzard is still adamant on releasing Diablo 3 this year. However, there is hope that Diablo 3 may be coming to consoles. In a statement by Diablo 3 lead designer Josh Mosqueira:

“Today, we’re trying to build the best console team at Blizzard. We’re looking for programmers, designers and artists who think their dream job would be to bring Diablo to the console.”

Blizzards cash cow is getting a new patch. World of Warcraft: Cataclysm patch 4.3 will introduce 3 new dungeons, the big Deathwing raid, and the new ability to transmogrify armor. This new Ethereal power will allow players to take the characteristics of one piece of armor and mix it with some something that they find more attractive. Other new features include Void Storage, because we can always use more storage for all our epic loot, and Raid Finder, an easier way to find a raid party. On a side note, Blizzard also trademarked the title “Mists of Pandaria”. It could be nothing, or it could be part of an upcoming expansion. If we hear more about pandas, we’ll let you know here at Yell! Magazine.

Good news for PC fans. Infinity Ward Community Manager Robert Bowling confirmed on his Twitter this week that Call of Duty: Modern Warfare 3 will have dedicated servers on the PC.

The Price drops just keep coming. Sony announced that effective this week their $299 Playstation 3, will now be $249. Slashing that $50 might give them an edge coming into this holiday season.