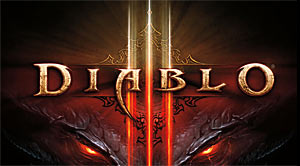 They say absence makes the heart grow fonder. Gamers have been patiently awaiting Diablo III’s release for 12 years. That is a dangerous level of fondness right there. Across the country, gamers are dumping their girlfriends, quitting their jobs, and moving back into their mother’s basement to spend some quality time with Blizzard’s latest attempt to top crack cocaine and World Of Warcraft as the nation’s most addictive substance.

DIABLO III IS HERE! Expectations were sky-high, but were quickly dashed by persistent launch day problems, which dovetailed into launch week problems. Now finally stable, playable, and with only the real-money auction house still delayed, is Blizzard’s long-awaited hack-and-slash trilogy finale worth the wait? Or is this devil in serious need of an advocate? This is Yell! Magazine’s Diablo III review, available exclusively on PC. Suck it, console fanboys!

In the land of Click, people were clicking things while getting their click on. The end! Sigh. Fine! I’ll do a damn recap. Stupid Evil Tormenting Bosses gently poking my giblets with cattle prods to get me to do my job… It’s been 20 years since the events of Diablo II and, despite the seeming defeat of the titular horned demon, the world is still plunged in darkness.

A face only a deranged, dementia suffering mother in the final stage of Alzheimer’s with one good eye could love.

In the game’s opening moments, a falling star plunges smack dab in the middle of Tristram’s infamous cathedral, an event that kick starts the story. Witnessing this explosive entrance is Leah, niece to franchise veteran Deckard Cain. The first chapter occurs in a redesigned Tristram, which players will have fond memories of from the first game. The world opens up considerably afterward, bringing with it more varied locales and changes in weather. You’ll visit such series hot spots as Mount Arreat and Bastion’s Keep and ultimately the very gates of heaven itself. You play as one of four heroes, each with their own motivation for tracking down whom or what exactly fell from the sky, a quest that involves clicking things till the buttons on your mouse fall off. Or your fingers. Whichever comes first.

I like to poke fun at Diablo’s story because it’s so overwrought with sword and sorcery clichés, although I commend its determination to deliver the plot in such a straight-faced manner. However, a little bit Warcraft’s tongue-in-cheek delivery would have been a nice change of pace from all the doom and gloom. There’s a lot more dialog in Diablo III than in previous entries, but it still falls short of most other RPGs on the market and, quite frankly, the lines are so dry and somber that I found myself using the World Of Warcraft method of talking to quest givers more often than not (aka, clicking rapidly past the dialog bubbles until a waypoint appeared on my map, heading to said waypoint, killing a whole bunch of people, wash, rinse, repeat).

OMFG! Nobody cares! I just want to kill stuff and get shinies!

I’m sure some people will complain about my lack of interest in Diablo III‘s plot, but as an unrepentant lootaholic my reasons for playing the game had nothing to do with saving the world or listening to the sob stories of random people on the street. I just wanted my dose of lootahol. The game’s main story doesn’t stray far from the Blizzard standard: guys in ridiculously over-the-top shoulder pads fight other spiky-shoulder, pad-wearing guys. [Editor’s note: TheMatt knows a thing or two about wearing pads.]

See what I mean about the shoulder pads?

The way the story is presented makes up for a lot of its shortcomings. Voice acting is top-notch throughout, bringing a sense of gravitas to the proceedings. This Diablo III review will note that Blizzard’s standard-setting cutscenes are back with a vengeance, marking the beginning and end of each chapter and making your faithful reviewer wish the company would finally release a full-length animated feature.

Look: if you dig Diablo’s brand of over-the-top fantasy tropes, then I’m happy for you, but buying Diablo III for the story is like paying for a hot hooker and spending the night asking for her opinion on global politics. Sure, the answer she comes up with might be entertaining in a weird, nonsensical way but all you really want is to pull out your sword and start clicking things…

…that analogy got away from me there at the end.

From the first time you hear the theme music or the pleasing, metallic “thump” sound whenever you click on a menu button to the familiar clinking noise of an item dropping to the ground, there’s no doubt that you’re playing a Diablo game. Blizzard wisely doesn’t deviate far from the well-worn path, Diablo III, very much like the recently released Max Payne 3, is a showcase for what makes the franchise great that doesn’t take any big risks in alienating its core base.

Picking a class is the first order of business. For my Diablo III review, I played as a Monk and enjoyed my experience greatly. The Monk is a great melee fighter with flashy martial arts moves and some healing abilities, great for soloing content. More straightforward in play style is the Barbarian with his impressive damage numbers. Equally destructive is the Wizard, who really gives the graphics engine a workout with his spells but also comes off as a glass cannon. Demon Hunter and Witch Doctor are hybrid classes, incorporating some elements of Diablo II’s Necromancer, Amazon, and Assassin classes. As always, you’ll walk around randomly generated dungeons looking for entrances that lead further down while decimating an untold number of bad guys along the way.

Jabba The Hutt’s back and he’s pissed!

In an apparent bid to please franchise noobs, skills have been streamlined considerably. In fact, detailed skill information is automatically checked off when you install the game, leaving only a bare-bones pop-up menu when you mouse over skills and no important facts like overall damage numbers, percentage of bonus weapon damage done, and so on. I highly recommend turning this option on in order to, oh you know, actually figure out what stuff does!

Character development takes a back seat. You no longer place points in whatever skills you prefer, instead the game opts for handing out preselected skills at specific levels, taking some of the fun out of creating your own unique character. The days are gone when players could post their builds online for fellow geeks to admire or diss. Gone is the variety provided by Tankadins or Healadins. Now, one Monk is just like any other, differentiated only by gear rather than stats.

Also taking a bit of the fun out of leveling your chosen character are the online auction houses. Well, auction house, singular, at the time of this writing. As of May 24, the real money auction house still hasn’t launched, leaving the in-game gold auction house as the only method of bartering items between players. While decent in concept, I have some problems with this. After about five hours of my first play through on my Monk, I decided to log out of the game to check out the auction house. I had accumulated around 5,000 gold at this time. What to do with all my money?

Within minutes, every single inventory slot on my character was filled with cheaply acquired pieces of epic loot from the auction house, which had my puny level 8 Monk fighting at an efficiency of around 5-6 levels higher than he really was. I went back to the dungeon I was currently working my way through and utterly dominated creatures that were giving me a hard time mere minutes earlier. As I said, I admire the concept of the auction house, but in execution it allows casual players to obtain gear they would have otherwise spent hours if not days acquiring.

And yet, the reviewer doth complain too much. I had a great time playing Diablo III. Planting my character’s feet with the shift key, triggering mob-destroying area of effect abilities and watching the destructible environment fall apart is endlessly entertaining, as is picking up the dozens of clickable items strewn across the ground post combat. Say what you will about Blizzard but they’ve mastered the art of making hoarders out of us all. There’s no company that does obsessive compulsive loot hunting better, hence World of Warcraft‘s enduring popularity.

Blue quality items and better can be taken to the blacksmith to be broken down into crafting components and the artisans themselves can be leveled up to create better weapons and armor. However, the auction house rears its ugly head again. Since 99% of what crafters can make is easily of less worth than what’s found on the auction house, they serve very little purpose.

These are mostly distractions. You’ll spend most of your time wandering the game, tensing in anticipation whenever an elite, named monster pops up and screaming like a little school girl when said monster drops that epic quality piece of armor you’ve been wanting for Christmas. It goes without saying that the endless combat in Diablo III is endlessly repetitive… not that you’ll care. Blizzard’s carrot-and-stick approach to game design overrides all complaints.

Tired of playing by your lonesome? The game provides several followers that will aid you in your adventures. However, only one can accompany you. Do you want a healer or a damage dealer? Followers will gain levels just like you and you will need to keep their gear updated to get the most out of their abilities. Fans of sharing the fun can open their private game up to any and all comers. Players can jump in at any time. Note that the number of players will kick the difficulty of monsters up by a notch per each additional character. Note also that the quality of the loot will likewise improve.

Read about Diablo III‘s presentation, and verdict after the jump…