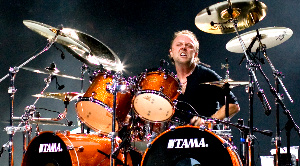 According to a Danish newspaper’s conversation with Lars Ulrich, Metallica should be entering the studio in March or April to begin recording the follow-up to 2008’s Death Magnetic. Lars stated that there’s a cohesion in the band and that they’re all feeling creative coming off their most recent tour. Sounds like a canned statement, but if it’s true, the results will hopefully meet with some fan approval.

Few bands have managed to polarize their fans the way Metallica has. On one side, they have their old-school fans who felt alienated and neglected for more than a decade, while on the other hand they pandered to the masses and gained a huge following with hard-rock radio fans with no invested interest in bands or who their influences are. So when Death Magnetic came out, being what it was (an attempt to recapture former Metallica greatness while simultaneously appealing to both sets of fans), was kind of a pleasing shock. Whatever creative juices Metallica has flowing right now, let’s hope that they’re of the same sort that produced their last album.

Still, no matter how hard Metallica might think they are, when Lars makes statements like, “…That meant that we weren’t sharing our feelings with each other. Today we talk a lot about our children and our families,” it doesn’t help their image. Some Kind of Monster did enough damage, portraying them as a bunch of whining bitches, so why would Lars perpetuate that? Well, he is Lars. There’s nothing wrong with sharing your feelings with your bandmates and talking family among men, but when you’re supposed to be heavy metal gods, keep that shit private.

Tangent done. Still looking forward to hearing what Metallica comes out of the studio with, which will likely hit shelves in the summer of 2012.