Movies Your Alcoholic Grandmother Would Recommend, That You Should Avoid: Part 1 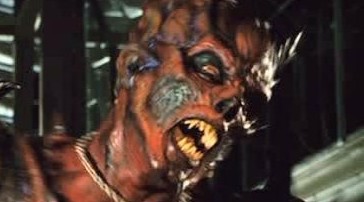 It comes as no surprise that most Grandmothers are sweet, lovely, and adorable. A very rare few, including ours, tend to be extremely mal-figured, annoying, like to torture grandchildren, and, at worst, get drunk when the grandkids are around.

To save you some trouble from the same mistakes we faced when our Grandmothers recommended movies for us to watch, here is a list of the ones you should avoid and bury with your granny at her funeral:

[rating:3]
A lackluster horror film remade from the 1980 John Carpenter classic of the same name tells the story of a group of ghosts coming back a century after their deaths to take revenge on the small seaside town that killed them. The Fog was not frightening in the least. It was more a murder mystery rather than horror/thriller, which will disappoint anyone expecting to see an homage to Carpenter. But the film is not as bad as most critics say, especially if you haven’t seen the original.

[rating:2.5]
The third movie in the Blade franchise is its worse. The movies were best when Blade was the centre of attention. Having two helpers who ate up screen time did not make for a great move. Especially since one was Ryan Reynolds who changed the film from a cool and dark gothic vampire movie into a teen comedy flick.

Reynolds shows his worth, with this brand of humour, in movies such as Waiting, but not in films like Blade. Another problem in casting was having Parker Posey as Danica Talos. Unfortunately Posey can’t act and having her try to pull off the tough chick/punk bitch role was not credible. Finally, the storyline was also a disappointment compared to the first two Blade movies. It seemed like David S. Goyer ran out of good ideas and fell back on the easiest of ideas, bringing Dracula back from the undead.

In the third film of the Final Destination franchise, James Wong (he also directed the first movie) gives us some cool death scenes, but not much else. The storyline is boring by now and unless you are a big fan of the franchise Final Destination 3 will be a disappointment. In the third installation, a group of teens escape their fate when they do not board a roller coaster that crashes. We all know what happens next.

This Tobe Hooper-directed bomb is the reason why I am always wary of renting scary animal movies. For every great movie of the genre, like Lake Placid (1999) for example, you have to put up with cheese like this. The gore looks juvenile, the computer-animated crocodile is easily recognized as fake (especially when it is walking on the ground and it looks like the animal is sliding on ice) and the acting is terrible. Avoid this like the plague.

The first movie in a very long time that I watched 15 minutes of and had to turn off because of its direct insult to my intelligence. Vampire Assassins, directed by, written by, and starring Ron Hall (Bloodsport 2), looks as though the intent was to remake Blade (1998) into a low-budget B movie. Who would want to watch that? Answer: No one. The movie is amateurish and begs to be forgotten. Avoid this movie and save yourself wasting a few dollars on the rental.

A list brought to you by your dear ol’drunken Grandmother,

Your Thoughts: Are we wrong? If so, tell us why in the comments below.