Dimebag Darrell: How will He Be Remembered? 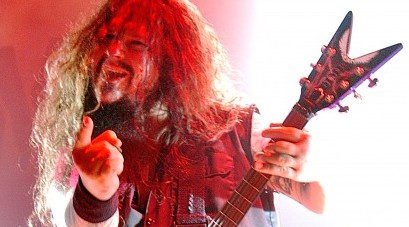 As any metal fan would know, Darrell ‘Dimebag’ Abbott was one of the greatest guitarists in the metal genre for over 15 years. First playing for and founding Pantera (with his brother Vinnie Paul) in 1981, then repeating the process with Damageplan in 2003 he was an iconic figure to both fans of hard rock and musicians playing the electric guitar in metal bands world-wide. But very few know him at all outside the genre unless you mention the unique occurrence of his death.

Although concert deaths are common (there are many per year around the world) it wasn’t until that fateful night in December 2004 (on the 8th to be exact) at the Alrosa Villa in Columbus, Ohio that a musician was killed at a concert on stage. Dimebag Darrell Abbott is unique in history for that fact. So it begs the question, will he, like that of Eddie Van Halen, Tony Iommi, Angus Young and others be remembered for his prowess on the metal strings, or will he end up simply as an answer to a trivia question?

Unfortunately Pantera do not have the fame of VH, Sabbath or, AC/DC which adds credence to anyone picking the latter of the two choices. But if this does occur it would be almost equal a tragedy as when the five bullets passed through Dimebag’s body from the gun of Nathan Gale. You see Dimebag influenced a whole generation of metalheads bent on conquering the world with their fingers, a guitar pick, a Washburn or Dean and a shit-load of attitude.

If anything positive comes of this useless death it shouldn’t be the smile emanating from a Trivial Pursuiter as he places a couloured pie into his holder after answering correctly an entertainment question. It should come from the joy of fans when they remember Dimebag’s solos on Pantera’s greatest album Vulgar Display of Power. If this happens, the world both in and outside of metal will have arrived at the right place.