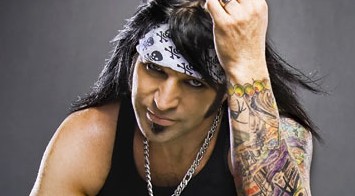 Michael Godard can be considered one of America’s most prolific and popular painters. His pieces sell for tens of thousands of dollars and he has become America’s best-selling painter as of the writing of this article. Some may not know the name, but most will recognize the art work. Olives, martini glasses, and dice are major components of his paintings and once you see a selection you will not soon forget what you saw.

His paintings reflect the worlds of gambling, drinking, sports, and an overall display of the “good life.” The paintings are crisp and dramatic, cartoonish, and fun. But underlying many of his paintings is an element of the sinister. Michael Godard presents vices as virtues, shining a positive light on a hedonistic and ultimately empty lifestyle, and sells it back to those that participate in it. It’s not surprising that Godard sells to rock stars and celebrities and that his book Don’t Drink and Draw is forwarded by one of the most hedonistic personas in the rock world, Ozzy Osbourne.

Michael Godard is the perfect reflection of the state of modern culture and society in the West today. Part brilliant artist, part marketing genius, Godard has his thumb on what it takes to become successful and famous. He paints what sells. He has won arts awards, been featured in an award-winning documentary, and has appeared on various television shows all while understanding that in a media-saturated world you must create a buzz about you. You need to get known not only for your art, but also for yourself (or the image you create for yourself). Godard looks like what he represents in his paintings. He is a sexy, tattooed dark-haired man who would look as comfortable on a Harley or behind the mic of a hard rock band as he is in front of the canvass.

His paintings are an ABC of marketing. Godard’s olive is the same as Nike’s swoosh or McDonalds’ golden arches. Whether it is a painter’s obsession with an item, a popular behaviour in many artists, or a savy marketing ploy, Godard’s olive is a reflection of the artist as businessman that permeates modern culture. Music, film, books, and paintings are commodities to be consumed. Godard’s paintings are not left on the canvass: posters, watches, coasters, plates, calendars, and other items are subject to Godard’s art.

How Michael Godard will be considered hundreds of years from now is anyone’s guess; perhaps he will be forgotten or maybe he will be remembered as what best represents our time in art history. What is hard to argue against is man’s the abilities. All one has to do is look at the symmetry of the items in his work. The red dice and light reflecting off the martini glass in his painting “Sitting on Seven” is the exercise of a man who has a very steady hand and keen eye. Let history judge.