If I Knew Keira Knightley Loved Pirates, I Would’ve Displayed My Sword

Star of such films as Domino (2005), King Arthur (2004), Love, Actually (2003), and Pirates of the Caribbean (2003), Keira Knightley has taken Hollywood by storm. Almost every men’s magazine has listed her as one of the sexiest, most beautiful women in the public eye. Her nude scene in The Hole (2001) at age 15 and her appearance on the cover of Vanity Fair in March of 2006, alongside Scarlett Johansson and Tom Ford (without clothing), have shown that she isn’t shy in front of the camera either. She is a natural.

But what makes her tops on our list of women for whom we would grow our hair long, carry a compass, adopt a high seas lexicon that includes such snappy repartee as “blarney” and “shiver me timbers,” and never take another bath, aside from that sexy British accent, is that she is a guy’s girl. A girl comfortable consuming a pint while watching a sporting event, wearing jeans and a T-shirt instead of a dress, and would as soon step into a ring to punch you in the face than passionately kiss you. What a dream! 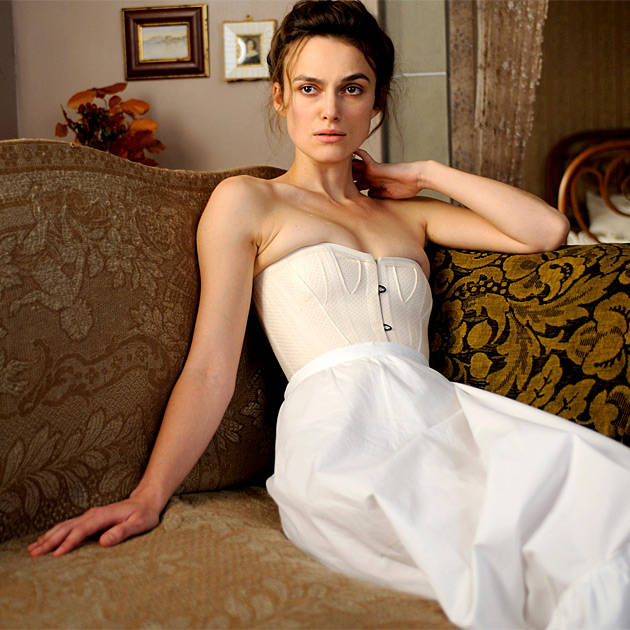