A Dangerous Method: Is Something Remiss With David Cronenberg? 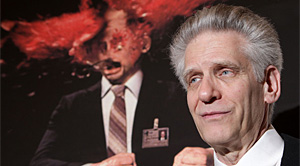 The great David Cronenberg, the guy who brought us such classic horror films as: Scanners, Rabid, and The Fly, then in the new millennium expanded his repertoire to include crime drama with Eastern Promises and A History of Violence seems to have gone off the deep end.

His latest film, A Dangerous Method, is in post-production and scheduled for release sometime in 2011 has shirked both genres to fancy a foray into historical period pieces of the psychoanalytic kind. Cronenberg continues his relationship with actor Viggo Mortensen, which he began with Eastern Promises and A History of Violence. Mortensen stars as Sigmund Freud, yes the old Austrian guy who invented psychoanalysis by poking at the brains of upper-class women in Vienna. The main story of A Dangerous Method centers on the relationship between Freud and his once protégé then estranged colleague Carl Jung (Michael Fassbender). The two began a correspondence in 1906, met in 1907, and parted ways in 1910. Keira Knightley plays Sabina Spielrein, the young, beautiful, and troubled woman who, according to writer Christopher Hampton, was the main reason for the split. Unless we at Yell! Magazine are missing something, which doesn’t seem to be the case, although we will reserve full condemnation until we see the film, we think Cronenberg has lost his mind. Perhaps instead of making a film about psychoanalysis he should seek some out himself.