How To Turn Your Love Of Video Games Into A Career 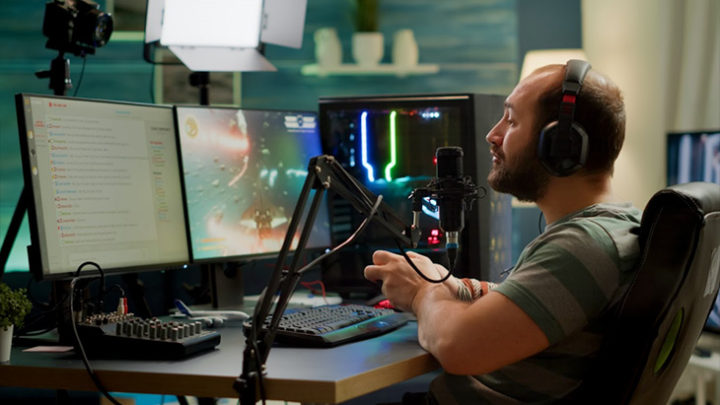 Have you noticed how gaming has taken over various types of media? Just check out Twitch, YouTube, and Hitbox, and you’re bound to see numerous live streamers playing all kinds of games across all platforms. These days, streaming is probably the most popular means of having a career related to gaming. But did you know that there are many other ways you can make money out of your love for video games?

Probably the most coveted gaming career is that of a professional gamer who competes in eSports. One of the earliest, most well-known professional gamers is Ninja, and many gamers want to be just like him. The prize money in different eSport tournaments is enormous, amounting to millions of US dollars.

If competing seems too stressful for you, try reviewing games through blogging or vlogging. To take it even further, you can study how to make video games and join the ranks of your favorite developers.

Pondering on what video game career path is easy, but taking the first steps to get there is far more difficult. It might seem like all fun and games at first, but you need to remember that any long-term goal requires hard work, patience, and tenacity. So if you’re fully invested in this career path, here are some directions you can take:

When someone asks, ‘What is a professional gamer?’ they’re most likely wondering how a person can get paid to sit and play Call of Duty or DotA all day. That’s probably because not many people understand just how serious and lucrative video game tournaments are.

The truth is, becoming a professional gamer is perhaps one of the most challenging career paths you can take. Being good enough in a game to be competitive doesn’t happen overnight—it takes years of consistent practice. But despite that, being a pro gamer is the most coveted video game-related job in the world. Imagine going head-to-head with the top players from other countries not just for the cash prize but for honor. If you win the championship, then you’re considered the best at something in the whole world, which is not a commonplace occurrence.

It’s going to be a tough climb because of all the competitions you have to win before reaching the peak. And you’ll have to invest in equipment and put in time and effort to get to your destination. But once you manage to become part of an international competition, you’ll realize it was all worth it.

If you love the idea of becoming an internet personality just by playing games you enjoy, then streaming is probably for you. The great thing about streaming is that it isn’t as exhausting as becoming a professional gamer. It’s more about bringing entertainment to others and being an exciting player to watch.

This is why it’s a fantastic career option if you’re charismatic and funny, like Greekgodx or ProfessorBroman on Twitch. But just like an aspiring professional gamer, you have to spend on top-notch gaming equipment. Also, you’ll need to get proper streaming devices and learn how to deliver high-quality videos.

The best part about streaming is that you aren’t limited to certain games. In eSports, there are only a few games you can play when competing, but if you become a streamer, you can go for any video game you want. You can even play vintage games, which are a hit with members of the audience who enjoy the feeling of nostalgia.

Reviews are crucial in the realm of video gaming because many individuals prefer spending their hard-earned cash on games they won’t abandon after one round. If you love trying out new games and tend to have many opinions, then reviewing may be perfect for you.

For someone whose personality translates well in front of a camera, filming vlogging reviews is a good idea. They can give their opinions, tips, and top 10 lists on platforms like YouTube. But if writing is your forte, blogging will allow you to show off your skills as well as your knowledge of video games.

The most important thing to remember about giving reviews is that you’re going to be influencing others with your thoughts. Once you attract a decent following that continues to grow, you may get sponsorships and eventually garner fellow gamers’ respect.

Video games are more popular than ever, so it’s understandable how gaming career options have become more credible among people of all ages. In the past, making money through video games was nothing but a fantasy, but these days, it’s a lucrative business that nearly anyone can venture into. It’s possible to make a breakthrough in the career paths mentioned here because there’s no way to gauge what a ‘professional’ video gamer is. Whether you plan to compete, stream, or write a review, you can make a name for yourself with patience and hard work.