McGregor Calls Out Diaz To Complete The Trilogy 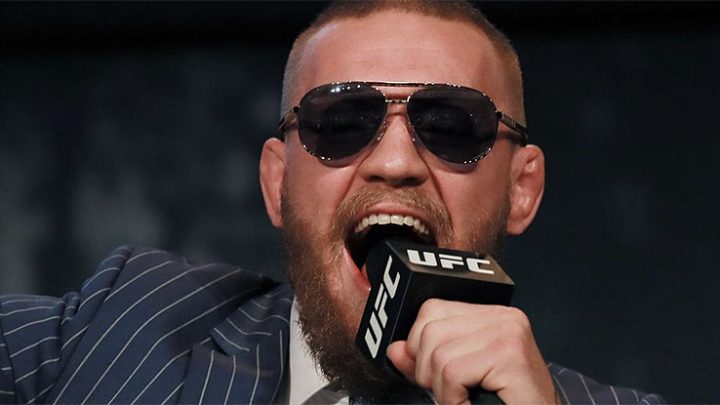 In March 2016, Nate Diaz beat Connor McGregor with a second-round submission. At the time, the fight was the biggest pay-per-view event in MMA history with an attendance of almost 15,000 and a pay-per-view buy rate of 1.5 million. After ending McGregor’s 15-fight winning streak that night, Diaz’s status skyrocketed from a journeyman to a global sensation. That same year in late summer the two faced off again, this time with McGregor defeating Diaz by majority decision, earning a cool guaranteed $3 million in the highly anticipated UFC rematch. One fight apiece demands a rubber match, but will we get one?

In fact, McGregor has attempted to bait Diaz into a trilogy fight following the Stockton native’s unanimous decision victory at UFC 241 against Anthony Pettis, his first since beating McGregor in March 2016. Doing it on the anniversary of their UFC 202 encounter, McGregor posted a photo of himself and Diaz which was taken immediately post-match showing both fighters in a bloody embrace. While many expected Diaz to take the bait and call for a rubber match, he had something else in mind and instead called for a fan-friendly bout with fellow ‘gangsta’ Jorge Masvidal.

For his part, the brash Irishman hasn’t fought since the high-profile matchup with Khabib Nurmagomedov back in October 2018. McGregor’s rematch against Diaz was a high-profile affair, and one of the UFC’s most-watched and bought events of all time. It was attended by over 15,000 fans and had a pay-per-view buy rate of 1.65 million. Yet, McGregor’s defeat to Nurmagomedov shattered that record, with over 20,000 in attendance and a 2.4 million buy rate. No stranger to high-profile matches, what really catapulted McGregor to global stardom, however, was his epic fight with Floyd Mayweather.

Time Magazine described their 10-round bout in Sin-City as one the biggest fights on US soil since Mayweather beat Manny Pacquiao back in 2015. While McGregor lost by TKO and extended Mayweather’s perfect career record to 50-0, he held his own admirably, even taking some of the early rounds and impressing many boxing experts in Las Vegas. In Coral’s guide to why Las Vegas is the home of combat sports they explain how McGregor’s boxing match against Mayweather was watched by 13,000 fans at the T-Mobile Arena. A trilogy fight could match or even exceed McGregor’s previous bouts in pay-per-view buys, as millions would tune in.

Since the Mayweather and Nurmagomedov fight, however, The Notorious one has been absent from the Octagon but was apparently attempting a comeback in April of this year when he punched an old man at a bar in Dublin during a difference of opinion over whiskey. While McGregor was trying to play it cool, his tweets to Diaz show that he is itching for a high-profile comeback. Back in March, MMA Mania quoted McGregor as saying, ‘I have nothing but respect [for Diaz]. I owe him the trilogy and now a trilogy will happen.”

Yet, Diaz didn’t seem to be interested. In an ESPN interview in June, he stated very clearly that he’s not interested in fighting losers, saying that he doesn’t believe he lost the second matchup with McGregor and shouldn’t have to beg to fight him again. UFC president, Dana White, has said he is in favor of a trilogy, however, he wants to wait and see if Nurmagomedov will defend his lightweight title against Dustin Poirier in September before making a definite decision.