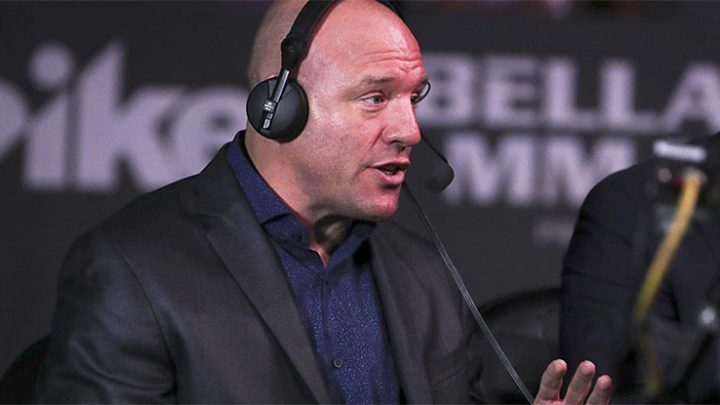 Veteran Bellator color commentator Jimmy Smith is moving over to another promotion to continue his path in the broadcasting world for MMA.

Earlier this week, it’s been reported that Smith and Bellator/Viacom have mutually parted ways for contractual reasons. So if you are a fan of Smith, don’t expect to see him return to another Bellator event in 2018. However, life continues in the UFC.

The result has given Smith an opportunity to approach the UFC (now fully owned by WME-IMG) and ink a deal to be part of the broadcast team for FOX and pay-per-view portion of UFC events.

Smith released the following statement after the news was announced.

I am honored to join the world’s premier combat sports brand in 2018. It is a privilege to call fights for a living and I can’t wait to join the tremendous UFC broadcast team to call the best fights in the world. To the UFC fans, I am thrilled to join you for this wild ride. See you all very soon!

His first assignment will involve desk work for FS1 during next weekend’s UFC 220 fight card.

We’re very excited to have Jimmy Smith join the UFC production team and look forward to working him into a variety of different on-air talent roles,” said UFC vice-president Craig Borsari. “Jimmy’s extensive experience in mixed martial arts gives him a unique voice and great insight to breakdown the intricacies of our sport. We are excited to welcome him to the family.