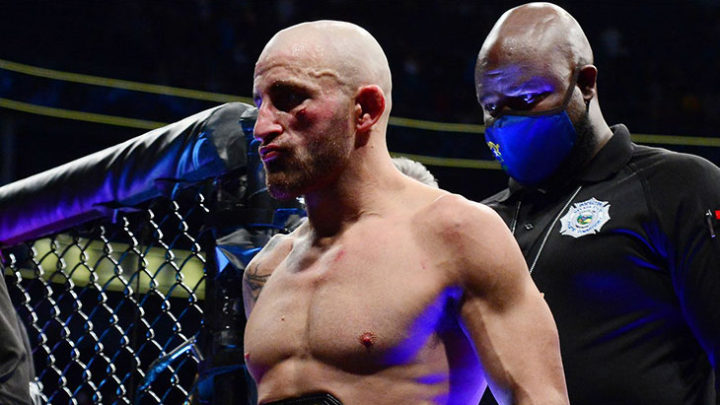 This Saturday, on 9th April 2022, we have an actual UFC sports event to focus on, the UFC 273 event in Florida. The games at this event are readily available for betting. When you place your bet, use the best UFC betting sites for the best betting experience and avoid complications.

About UFC 273, after several considerations and doing deep research, here are our predictions for the event.

In this fight, the champion Alexander Volkanovski will face the former title challenger Chan Sung Jung. Will it be business as usual for Alexander the victor, or the disappointments might come his way this time? Though Alexander’s record proves to be better than his opponent’s, it is still good not to rule Chan Sung out of this fight. Chan Sung Jung has proved to be a formidable striker who has managed to play in a final with a serious though he was defeated. He is outstanding technically, someone who can absorb several injuries. His footwork ability is good to watch as he uses them to defend himself from his opponent’s attacks. Although this time, things might not be that pleasing for him as he is facing “THE GREAT.”

This will appear like a rematch as the two have faced each other earlier where Sterling won the title as Petr Yan was disqualified. That was over a year ago. Now, here they are again, head-to-head. Will Aljamain Sterling prove to be a deserved champion, or will Petr Yan the world otherwise. Yan might underestimate Serling due to the success that he had before his disqualification last year. On Sterling’s side, he will put all his effort and be motivated by the need to silence his critics by winning this one. This will be a tough fight in which you cannot be surprised by any of the sides coming out to be the winner. Over the past 13 months, a lot has changed, so it wouldn’t be fair to judge the results depending on the last outcome when they faced each other.

In fair assessment, this could be the better fight, even more, than the two titles out to be played on this card. This is because, in this fight, any outcome is more likely than ever before. Many of us might expect Chimaev to get through this effortlessly, considering his wins in all four of his octagon opponents, where he won without receiving any countable strikes. Likewise, it is also true that Burns is a fighter on another level. He is Brazilian jiu-jitsu equipped with brilliant takedowns and excellent submission skills. Despite all this, facing Chimaev wouldn’t be a match as usual. It might be a bad day in the office for Gilbert Burns.

After deep research and consultation from UFC sports betting experts these predictions have been made. This does not give the hundred percent assurance of the outcome favoring our side even though we do hope and expect it to happen. These predictions might give you the basic knowledge you need as you place your bets on the UFC 273 event.