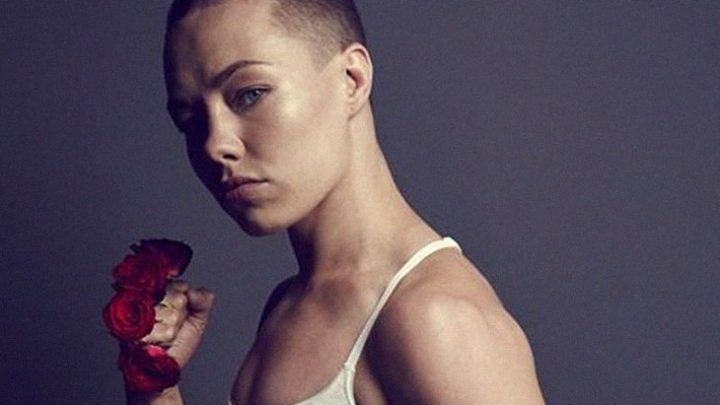 UFC 217 is arguably the greatest fight card of the year. All the underdogs dominated the night, including T.J. Dillashaw and former UFC welterweight champion Georges St-Pierre. But the one who shined the most was Rose Namajunas, who took over the women’s 115-pound division on November 4th.

As many of you recall Namajunas upset the MMA world when she knocked Joanna Jędrzejczyk down twice and won the fight by TKO in first round to be crowned the new UFC strawweight champion. Her victory is now considered one of the biggest upsets in UFC history. The win was so one-sided that Namajunas doesn’t think Jędrzejczyk is warranted an immediate rematch.

In an interview with Ariel Helwani on Monday Namajunas mentioned the win was far from a “fluke.”

I don’t think so, I don’t know how that could … anything is possible, right? A first-round knockout and she tapped due to strikes. Even though she was still stumbling afterwards, there was still some part of her that tapped. Not a fluke.

At the moment, the American strawweight champ is eyeing to defend the belt against someone else.

I thought about the idea of the rest of the division and I wonder who’s gonna call me out and things like that. But I haven’t really thought about who I want to fight yet, no. All I’ve been thinking about the next step — other than decompress, things like that and have a little fun and see the rest of my friends and family — is just making sure our team is tight and solid.

Besides earning her second Performance of the Night bonus award, Namajunas stated that she intended to use her champion status as a platform to spread awareness of mental illness.