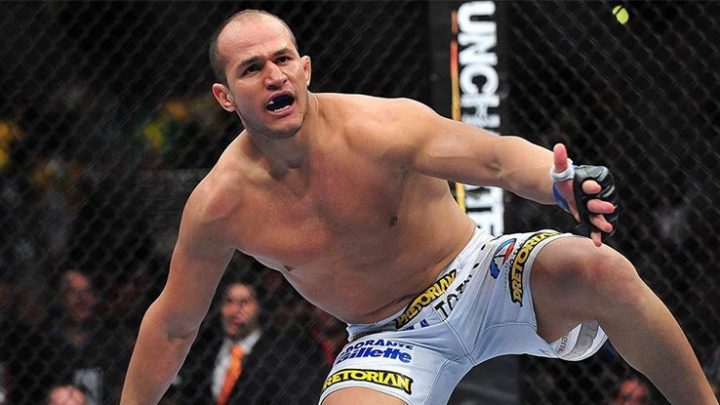 On August 10th, USADA tested the former UFC heavyweight champion who has potentially violated the rules for testing positive for a banned substance called Hydrochlorothiazite, which is a diuretic. As a result, “Cigano” won’t be facing Ngannou at UFC 215. At the moment, the UFC has yet to announce a new opponent for Ngannou.

Following the violation notice by USADA, dos Santos’ manager Ana Guedes released a statement on the situation, claiming his Brazilian fighter has never used a performance enhancing drug. According to Guedes, the failure was due to a diuretic in an official statement.

We requested testing of his B sample today. Most times, the B sample will show the identical results as the A sample. Therefore, we are already working on analyzing his nutritional supplements and medications, to determine whether anything might have been contaminated. Jeff Novitzky and Donna Marcolini of the UFC have provided the guidance for this process, and we are grateful to them for their professionalism and competence.

Junior remains committed to and supportive of USADA drug testing – even if he is bearing an unfortunate consequence of it. He spoke personally with Francis Ngannou, and apologized for the unintended consequence to him. Junior thanks Francis for the sympathy, understanding, and respect that transpired during their call, and very much looks forward to resolving this situation so that he and Francis can set up a new date to face one another.