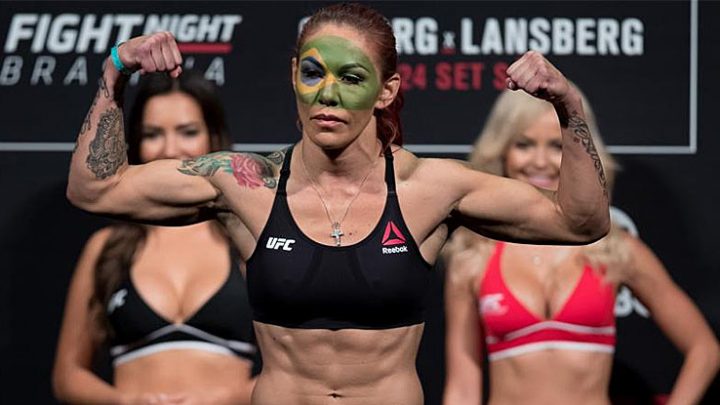 Following her featherweight title win at UFC 214, Cris Cyborg immediately initiated a challenge to Holly Holm for her first defence in the 145-pound division.

Now the Brazilian champion and most dominant female fighter on the planet has a date in mind for the fight. A few hour ago, Cyborg tweeted that she wants Holm at UFC 219. An event which apparently will take place in Las Vegas for New Years.

Cyborg recently defeated Tonya Evinger by TKO in the third-round of the co-main event of UFC 214. She hasn’t lost in 19 bouts winning 16 of them by knockout. Holm just bounced back from a three-fight losing streak with a brutal head kick knockout over Bethe Correia.

Stay tuned to Yell! Magazine for more news on UFC 219.