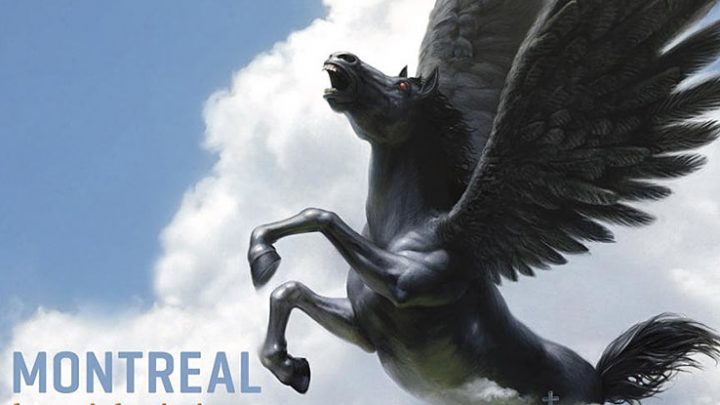 The film list Montreal movie goers have been waiting for since last year’s annual event has finally arrived. And it’s wild, bizarre and crazy as usual!

By that I mean the first wave of programming for the 2017 edition of the Fantasia International Film Festival has been officially revealed. Fantasia is celebrating its 21st Anniversary in Montreal this summer and it kicked off with new electrifying poster art unveiling, plus the announcement for the 2017 lifetime achievement award for Larry Cohen.

Larry Cohen will be awarded before the World Premiere of Steve Mitchell’s KING COHEN, a phenomenal documentary about the filmmaker’s extraordinary history and work, that features appearances by Martin Scorsese, John Landis, Yaphet Kotto, J.J. Abrams, Fred Williamson, Rick Baker, Joe Dante, and Eric Bogosian, among many others.

Celebrated actor Michael Moriarty, who has appeared in no fewer than seven features for Cohen, and appears prominently in KING COHEN, will be in attendance at the award ceremony.

There’s a bunch of interesting things happening this year at Fantasia, which we just can’t entirely list because it’s massive, but the first wave is right below to indulge. If you want all the detail, then please visit the 2017 Fantasia Film Festival website for the scoop.

So here we go!

USA – Dir: Trent Haaga
Matthew Gray Gubler and AnnaLynne McCord incinerate the screen in this crazy scumbag thrill-ride of white-trash crime and kink that manages to subversively play with gender and be a toxic anti-romantic bloodbath of a comedy in the same breathless blow. Winner: Audience Award (Midnighters), SXSW 2017. Canadian Premiere.

Thailand – Dir: Nattawut Poonpiriya
When Lynn (Chutimon Chuengcharoensukying) discovers that her academic skills can bring her thousands of baht if she helps her wealthy friends cheat at exams, she elaborates a complex scheme. What if OCEAN’S ELEVEN would somehow meet THE BREAKFAST CLUB? Well, it happened! A breathtaking coming-of-age thriller that is way smarter than anything you can expect! Official Selection: New York Asian Film Festival. Canadian Premiere.

Hong Kong – Dir: Tony Liu
Who will truly master the silkworm technique and bring balance to the martial world? The last surviving 35mm copy of the Shaw Brothers gem will blast you with its avalanche of unfettered lunacy. First Canadian screening in 30 years!

USA – Dir: Marianna Palka
The provocative tale of a woman (Palka) who snaps under crushing life pressures and assumes the psyche of a vicious dog. A sharp, feminist satire that’s alternately uncomfortably funny and confrontational with a warrior soul, BITCH is a stunning achievement in every sense. Official Selection: Sundance 2017, Chicago Critics Film Festival 2017. Canadian Premiere.

DEAD MAN TELLS HIS OWN TALE

USA – Dir: Justin Benson and Aaron Moorehead
Two brothers return to the cult they fled from years ago to discover that the group’s beliefs may be more sane than they once thought. SPRING and RESOLUTION announced Benson and Moorehead as unconventional genre forces to be reckoned with. THE ENDLESS – in which the gifted filmmaking duo also star – confirms their brilliance beyond any question. Official Selection: Tribeca 2017. Canadian Premiere.

USA – Dir: Joe Lynch
Amid a frightening viral outbreak that leaves the infected temporarily unable to control their impulses – and subsequently not criminally responsible for their behaviour – a lawyer (THE WALKING DEAD’s Steven Yeun) and shafted homeowner (Samara Weaving) fight to confront the top executives who wronged them. A cheerfully ferocious middle finger salute to cutthroat corporate culture. Official Selection: SXSW 2017. Canadian Premiere.

Japan – Dir: Kenji Kamiyama
The divide between teenage Kokone’s fanciful reveries and the real world is crumbling in NAPPING PRINCESS, a sleek Japanese anime that blends steampunk fantasy and plugged-in techno-thrillers. From acclaimed director Kenji Kamiyama (GHOST IN THE SHELL: SAC, CYBORG 009, and EDEN OF THE EAST). Canadian Premiere.

NIGHT OF THE VIRGIN

Spain – Dir: Roberto San Sebastián
The first time is often clumsy and awkward, but for Nico the virgin, it’s the beginning of an endless nightmare. An unmissable comedy/horror rollercoaster of blood and lust that features some of the most grotesquely imaginative grossouts we’ve seen in years. Official Selection: Fantaspoa 2017, FrightFest 2017. Canadian Premiere.

New Zealand – Dir: Matt Murphy
A trio of young misfits in pursuit of lost love race the length of the country in a stolen Mini Cooper S. Avoiding the law and with nothing to lose, they become folk heroes and most wanted criminals as they find themselves caught in the crosshairs of a media frenzy and escalating police operation. North American Premiere.

Germany/Canada – Dir: Norbert Keil
Afflicted with a dermatological disease, young and beautiful Kira discovers she can replace her skin with that of other girls. REPLACE is a visually sumptuous and grotesque horror/science-fiction creation, co-scripted by Richard Stanley and co-starring genre legend Barbara Crampton. Canadian Premiere.

WHAT A WONDERFUL FAMILY! 2

Japan – Dir: Yoji Yamada
The Hirata family is back, and Grandpa is acting up again! This sequel reunites legendary director Yoji Yamada (of the TORA-SAN series) with the exceptional cast of the first film for another round of hilarious, multi-generational slapstick comedy! Official Selection: Beijing International Film Festival 2017, Shanghai International Film Festival 2017. Canadian Premiere.