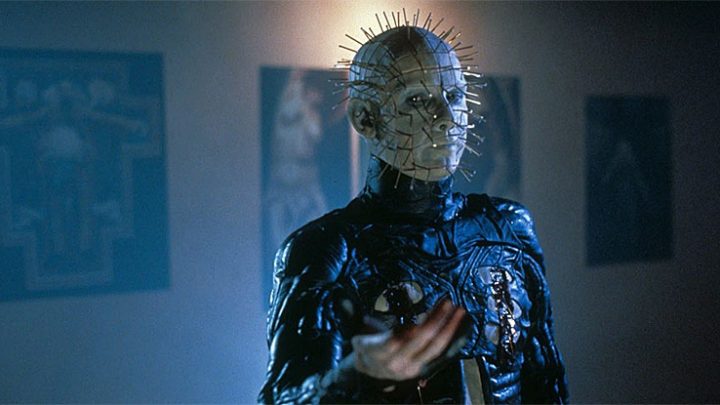 Cenobite fans… it’s time to rejoice again this Christmas with a brand new Hellraiser box set from Arrow Video. That’s right! A bloody new HD box set (for U.S. residents only) entitled Hellraiser: The Scarlet Box which is guaranteed to tear your soul apart in December.

It all started at Arrow Video, who restored the first three Hellraiser films, the best ones of course, to its finest HD output to date. Hellraiser, Hellbound: Hellraiser II, and Hellraiser III: Hell on Earth have been all approved by director of photography Robin Vidgeon from 2K transfers. Meaning fans will most definitely get to experience the best 2K restorations of the most terrifyingly original films in the history of horror.

I have seen the future of horror… his name is Clive Barker.

The Hellraiser: The Scarlet Box is slated for December 13th with pre-order links available starting next week! It will include an extensive set of bonus features too (full list below).

•Clive Barker short films Salomé and The Forbidden
•Books of Blood & Beyond: The Literary Works of Clive Barker – horror author David Gatward provides a tour through Barker’s written work, from the first Books of Blood to the recent The Scarlet Gospels
•Hellraiser: Evolutions – a brand new documentary looking at the evolution of the hit horror franchise and its enduring legacy, featuring interviews with Scott Derrickson (director, Hellraiser: Inferno), Rick Bota (director, Hellraiser: Hellseeker, Deader and Hellworld), Stuart Gordon (director, Re-Animator, From Beyond) and others
•The Hellraiser Chronicles: A Question of Faith – short film

•Exclusive 200-page hardback book with new writing on Hellraiser and the Barker universe from Barker archivists Phil and Sarah Stokes – including chapters looking at Barker’s early work, the genesis and production of the first 3 films in the Hellraiser series and much more, all illustrated with stills and rare material from the Barker archive