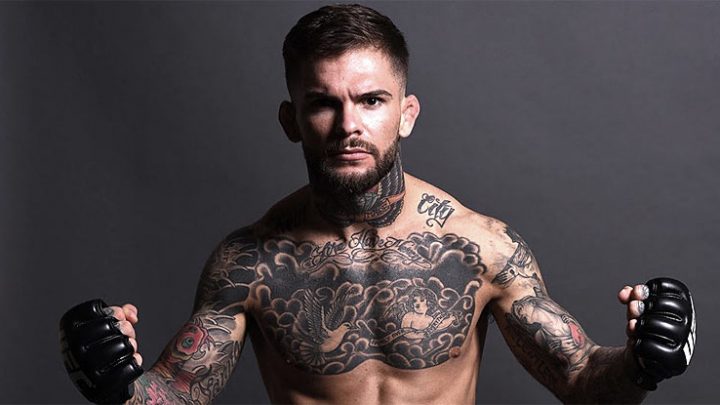 Following his impressive win on Sunday evening against Brazil’s Thomas Almeida, UFC bantamweight prospect Cody Garbrandt jumped from not being ranked in the 135-pound division to instant title contender.

In the main event of UFC Fight Night 88, Garbrandt knocked out No.7 ranked and previously undefeated Almeida in Round 1, which earned him his first Performance of the Night bonus in the UFC.

Now, Garbrandt has his eyes on his next opponent in the bantamweight division and already has a date in mind for the fight. On Tuesday’s edition of The MMA Hour with Ariel Helwani, Garbrandt called out Bryan Caraway for UFC 203, who is best known as the longtime boyfriend of Miesha Tate.

Going into this fight with Thomas Almeida, obviously Aljamain Sterling and Bryan Caraway [were] matched up [on the card] too, and they talked about the winners facing each other. So, I have no doubt in my mind that if Aljamain would’ve won, I’d be fighting Aljamain. Bryan won, so now why can’t I fight Bryan? Why shouldn’t I be fighting Bryan for the next in line for a title shot or that ranking up there? I think I just got ranked fifth, he’s fourth, so let’s fight Sept. 10 [at UFC 203].

Caraway, 31, was also featured on UFN 88 against Aljamain Sterling, defeating the prospect via split decision and marking his second-straight win against top-10 competition. Caraway expressed interest in a title fight, and not so much a fight with Garbrandt.

I think this puts me in title contention. Aljamain Sterling, the only guys ranked above him are (Renan) Barao — Barao moved up to 145 — and (T.J.) Dillashaw and (Urijah) Faber. Faber is already fighting for the title. Dillashaw has already fought for the belt and he already has a match lined up with (Raphael) Assuncao.