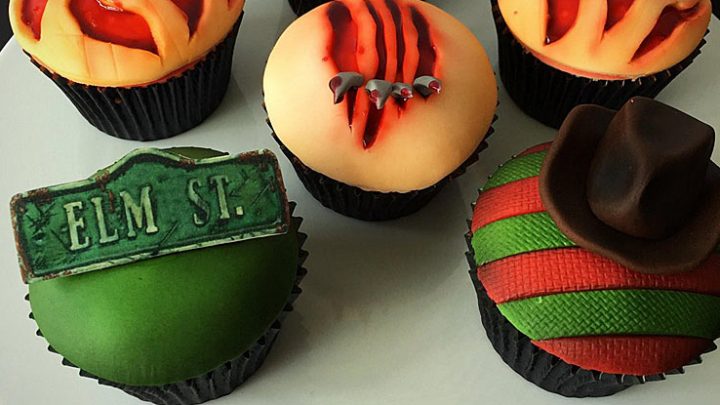 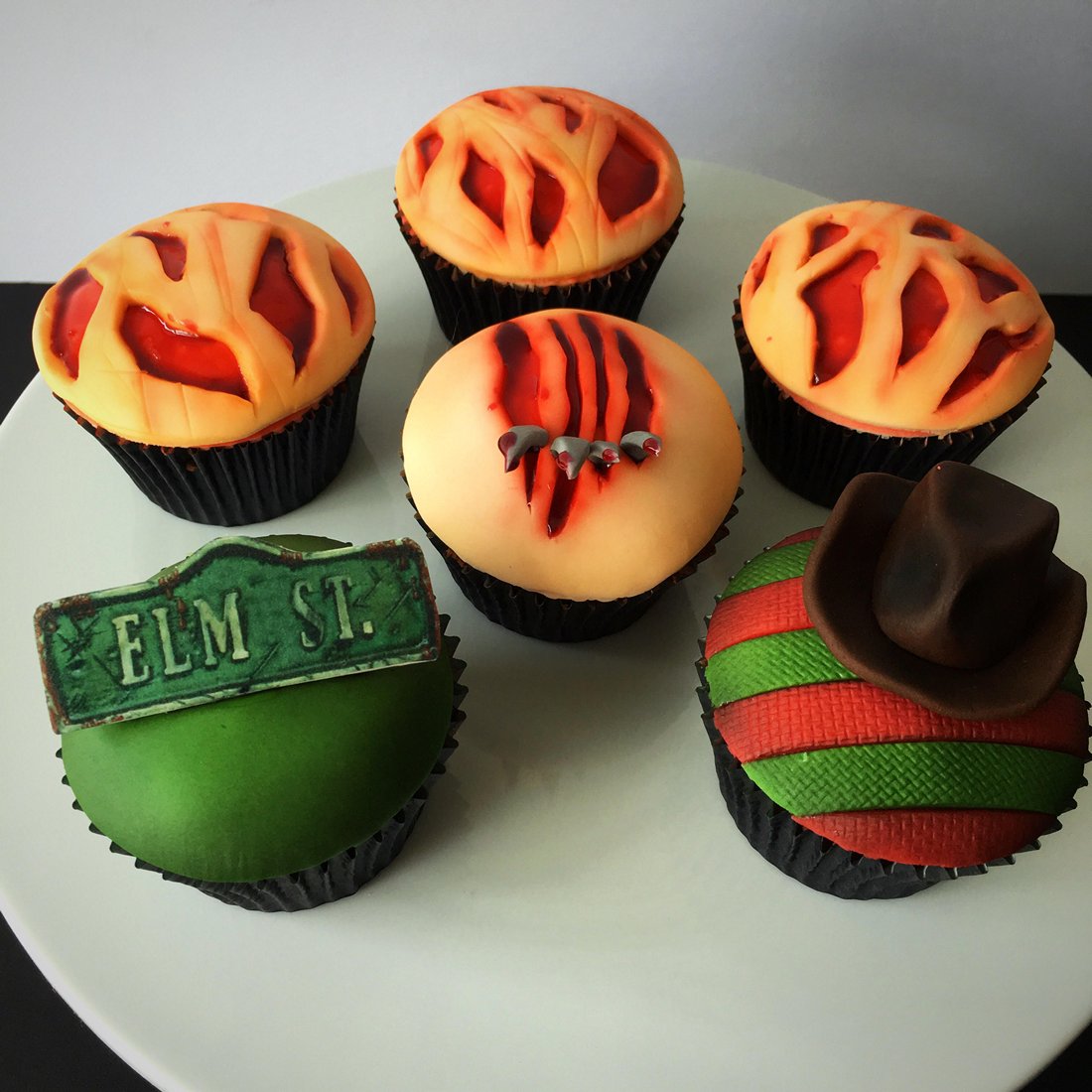 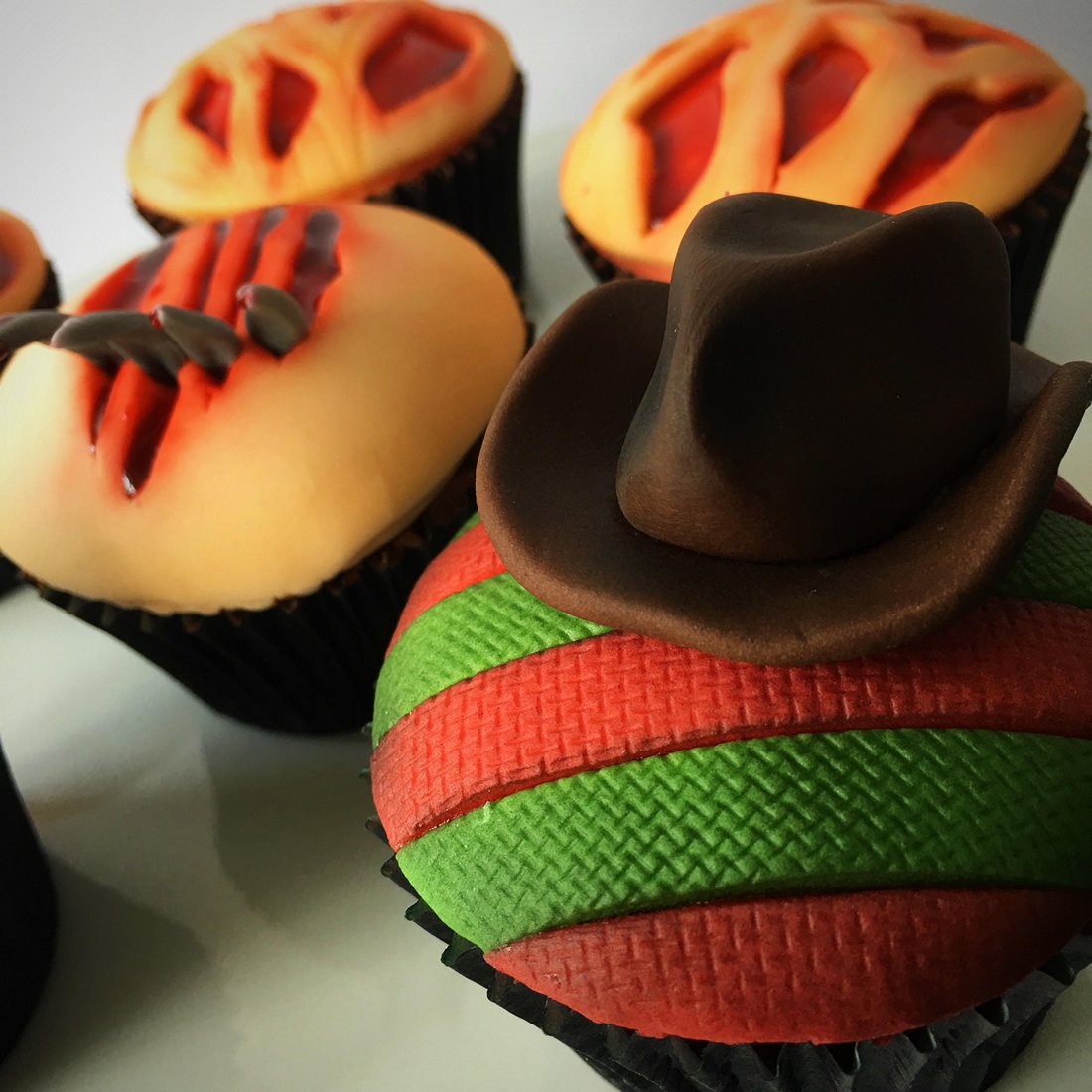 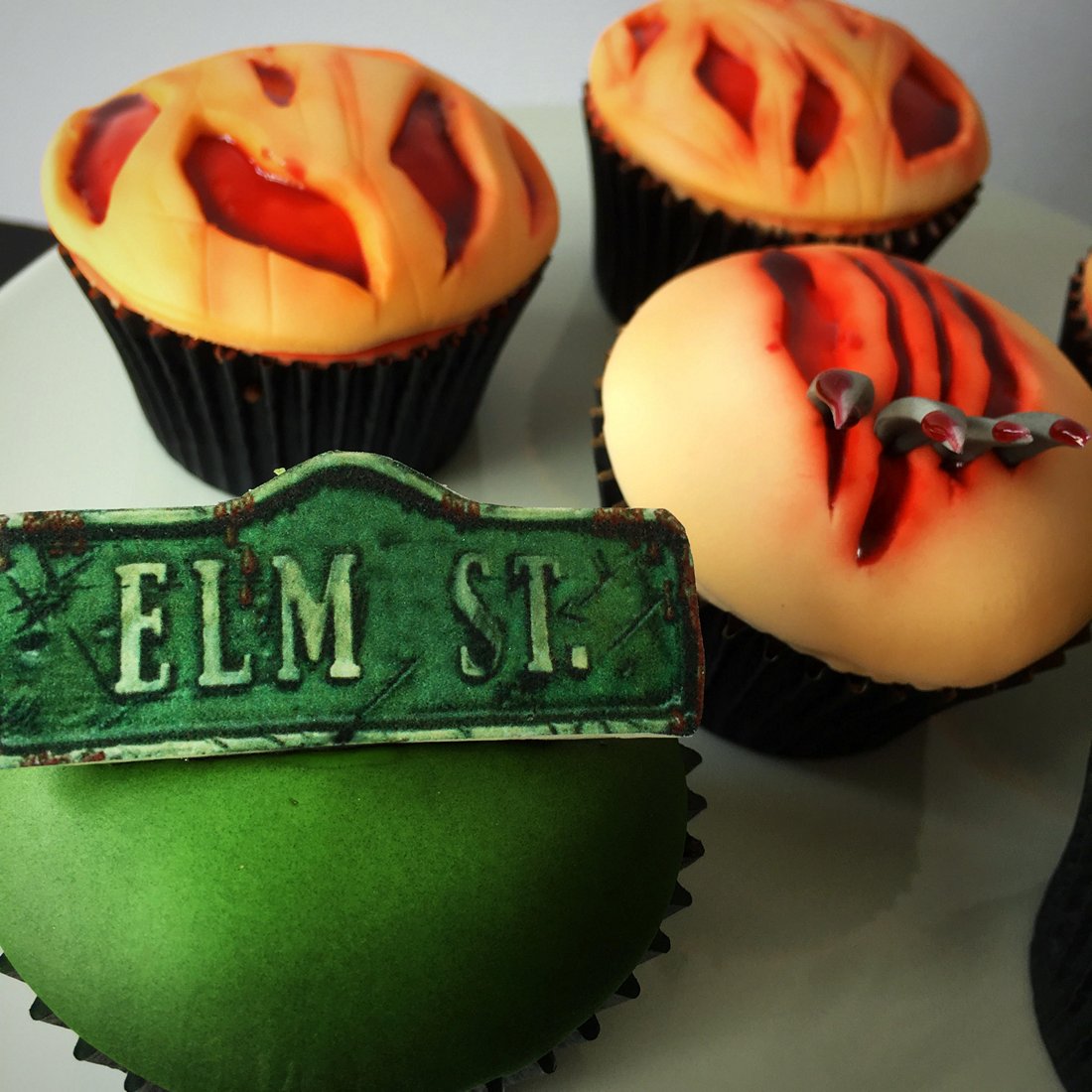 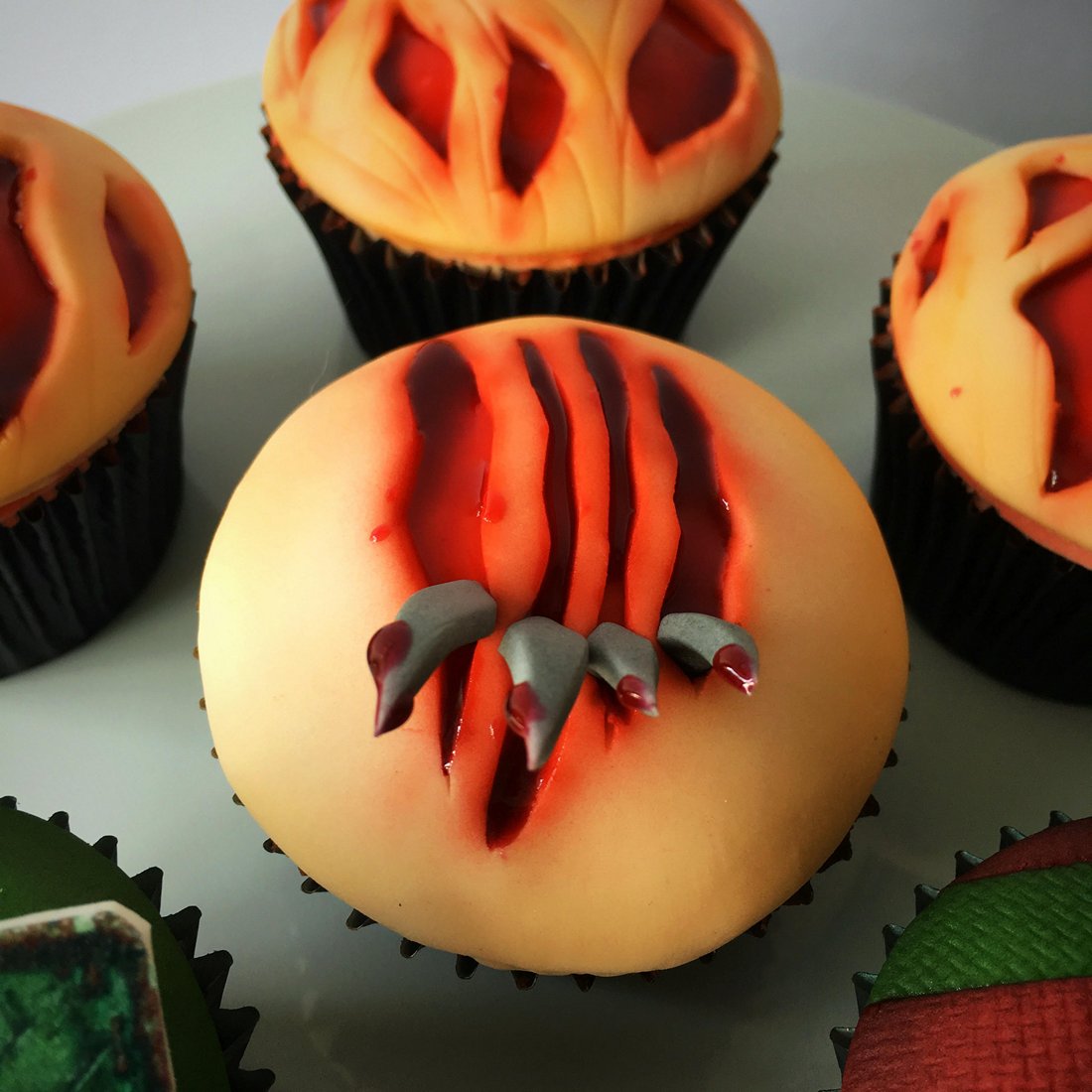 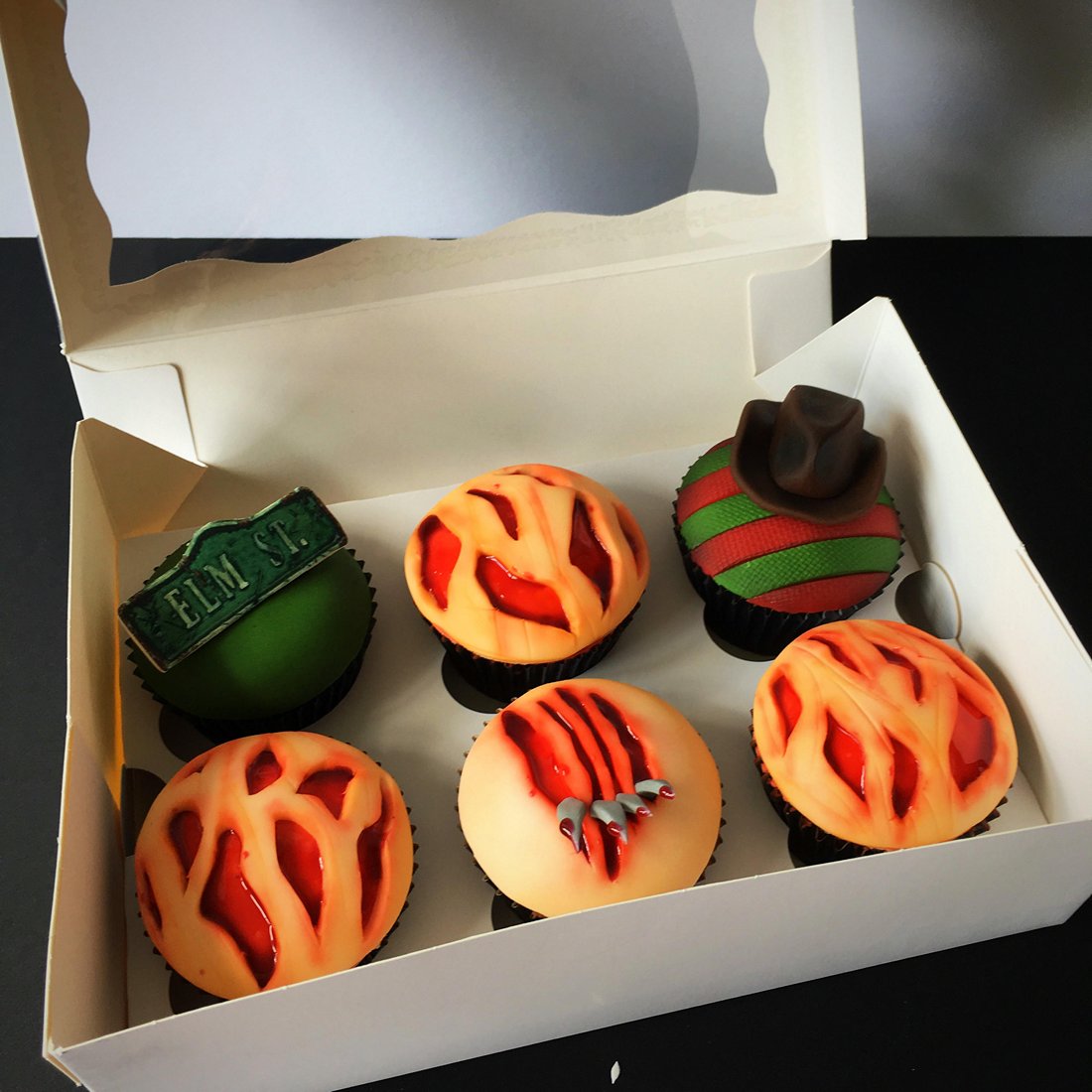 Freddy’s back! But in a totally unusual shape and form this time. Meet Freddy, the sinister cupcake, courtesy of food artist Janine Lister. The cupcakes look deadly and may give you nightmares, but trust me, they’re fully edible and won’t slice up your throat as you swallow them one by one. In fact, they’re delicious since it’s made with chocolate buttercream, topped with fondant and my Janine’s own secret edible blood.

The cupcakes are obviously inspired by Freddy, especially the third film, A Nightmare on Elm Street 3: Dream Warriors, which is one of our favorites in the franchise too. The scene from the film that inspired her the most was the puppet master scene with Phillip (Bradley Gregg).

Freddy is a widely recognized, iconic character in horror and was one of the films that originally got me further engrossed in horror. I’ve now watched thousands of horror films, but there are still those horror franchises that stand the test of time.

With the Nightmare on Elm Street films, Dream Warriors is my favorite, but more importantly the specific scenes that stand out, such as Freddy using the veins of his victim to control him like a puppet, or Freddy coming through the TV; weirdly enough, I was asked to make a cake for a client in America (but I could not ship it safely) and it was going to be based on this scene.

If you’re in England between July 9th and 10th, you can meet Janine at the HorrorCon UK 2016 in South Yorkshir. She will have her very own booth and will be happy to share her passion in decorating food.

For much more on her work, you can visit the following links: