Lita Ford Is “Rotten To The Core” 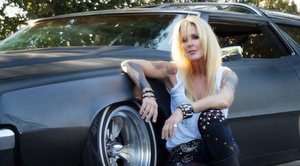 As said previously, this is the Lita Ford year. New book, new album, accusations against Tony Iommi… things are really starting to pile up! And a “come back” is something she’s been aspiring toward for the better part of two decades (I say this because I vaguely remember her saying something on a VH1 special years and years ago).

Well, the Queen of Metal has finally released a new track from her forthcoming album, Time Capsule, and it’s pretty badass! And as the album’s title suggests, “Rotten to the Core” is a big bite of nostalgia, full of early punk melodies and metal riffs. Head on over to Noisey to check out the new jam!

As an added bonus, the track features Gene Simmons on bass, Rodger Carter on drums, and additional guitars are supplied by Bruce Kulik.