Psychotic! Is A Killer Slasher That Needs Your Help To Cut Up More Hipsters

PSYCHOTIC! from Destruction Inc on Vimeo.

Psychotic! is a horror movie project by filmmakers Maxwell Frey and Derek Gibbons. Judging from the first scene (see player above), it looks like a total blast, if not a bit of a private vindication of what should happen to all hipsters. The only thing missing from the scene is the heavy breather and cheese-ball comments by the killer in Student Bodies. But Psychotic! isn’t that movie, even if it looks like there is plenty of room for and use of the cheese.

However you feel about the scene, if you’re a horror fan, you should head on over to Psychotic!‘s Kickstarter page; they’ve only got three days to come up with the other half of their goal. Check out the rewards on the right side of their page and pick one of the spectacular options that suites you.

If you need more info than I’ve given you or than the scene, see below for additional details from the press release: 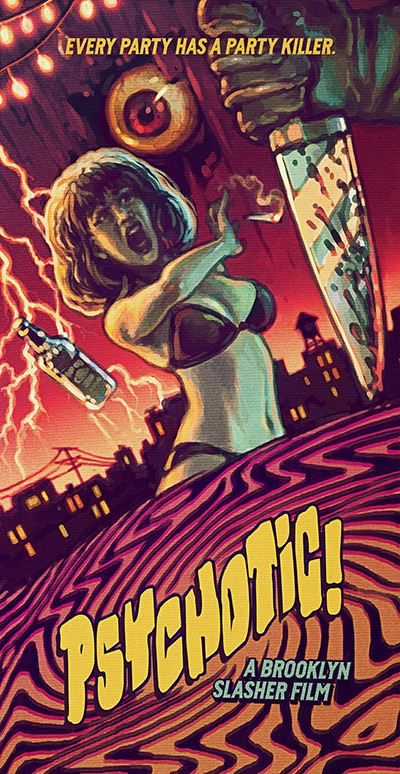 Psychotic! is a mind-altering journey into the uncharted depths of the Bushwick art scene, where it’s hip to be weird and partying hard can get you murdered.

Have you ever fantasized about murdering that dippy girl from that one party who sucked face with your stoned boyfriend? Or violently disposing of that typically hammered cool dude you’re half-dating who’s got one eye always wandering towards his Tinder?

Watch seven minutes of that fantasy become a reality [in the player above] through the eyes of the Bushwick Party Killer, as he murders young hot what’s-her-face that your guy bumped into at Roberta’s last week. But then whoever heard of a slasher film with only one murder? Donate to our Kickstarter (selected as a staff pick!) and this will be the last time he or she steals a glance from one of those perpetually hotter, party-til-you-drop, millennial babes and babettes. 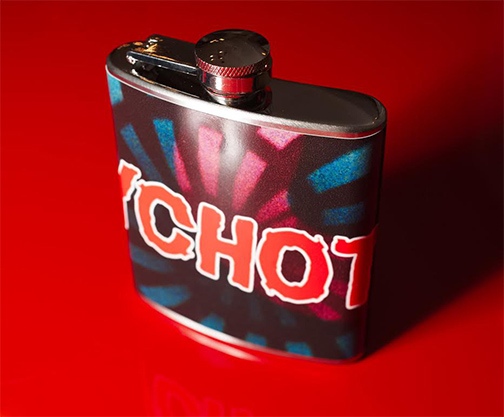 Is the idea to drink until we donate huge sums of money?

Destruction Inc, a Brooklyn production house, needs your support to produce the remaining 80 minutes of Psychotic! In order to make this feature come to life, they need to raise $50,000 to cover the gory deaths, killer twists, and not to mention necessary production expenses. Kickstarter is all or nothing, meaning if they don’t reach their goal, they don’t see cent one of that money, and you don’t get to watch hipsters die in agonizing ways! Donate now! Or as soon as possible! Because you could be next! Do you think we’re joking?!

Click here NOW to contribute, and then TURN AROUND! BEFORE IT’S TOO LATE!!!!

It’s Brooklyn, New York. The rent is high but the body count is higher in this suspenseful psychedelic slasher about two friends and struggling artists, Tim and Stuart, as they try to patch up their friendship, pay the damn rent on time, and look for love at some of the hottest hot spots in Bushwick. Instead, they tumble into a world of murder, mystery, and madness that might cost them both more than $1,400 a month… it’ll cost them their lives! It’s up to Tim and Stuart to figure out who keeps killing the life of the party – no easy task when everyone you know is Psychotic!

Destruction Inc, is Maxwell Frey and Derek Gibbons, two filmmakers who met at the Rochester Institute of Technology in 2001 and have been collaborating ever since. After years of experience producing award-winning work for The Onion, HBO and Cinemax, they’re producing their first feature length film – Psychotic! Set in their hometown of Bushwick, Brooklyn, Psychotic! is a dark, twisty thriller in the tradition of ’70s Italian horror and ’80s slasher films.

It’s up to you to save the life of the party!