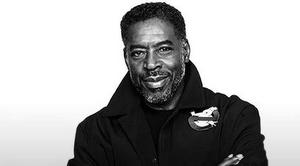 He was the last to join the team in the original Ghostbusters movie, and Ernie Hudson might be the last of the originals to join for a cameo appearance in the reboot. Bill Murray and Dan Aykroyd have already signed on to make an appearance in the Paul Feig-directed, female-driven reboot, and it remains to be seen who else, if anyone, will come aboard. As The Hollywood Reporter indicates, it’s not clear what Hudson’s role will be, but he was spotted on set during the final day of shooting.

Ghostbusters is expected to be released on July 15, 2016.