Deep Silver Part Ways With Yager For Dead Island 2, But Still In Development 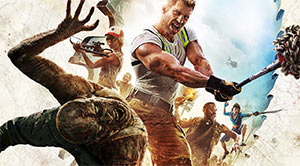 So, it appears like Dead Island 2 hasn’t had a solid day in development since Yager took over the responsibilities from TechLand in 2012. Three years later, development will continue to stall a little longer because Deep Silver has officially parted way with Yager.

A statement from Deep Silver was issued yesterday:

With Dead Island 2, Deep Silver has always been dedicated to delivering the sequel that Dead Island fans deserve.

After careful consideration, today we announce the decision to part ways with development partner YAGER.

We will continue working towards bringing our vision of Dead Island 2 to life, and we will share further information at a later stage.

Now that Yager has been dropped from developing Dead Island 2, development will be moved to another unnamed developer. According to Yager’s managing director of development, Timo Ullmann stated that the company’s departure from the project is due to the massive differences in the creative vision for the game between the two companies.

Dead Island 2 has been rescheduled for a 2016 release. Stay tuned to Yell! Magazine for more updates to come.