Cris Cyborg Responds To Ronda Rousey, “I Now Feel Sorry For Her” 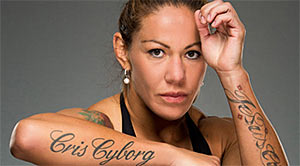 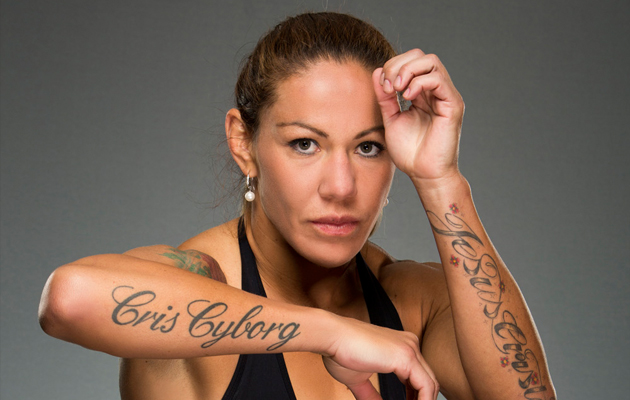 As usual, UFC women’s Bantamweight Champion Ronda Rousey doesn’t ever have anything nice to say about her biggest rival, Cris Cyborg. On a recent Howard Stern show, Rousey didn’t hold back any of her thoughts and said Cyborg is “one of those people where it’s all just roids and muscle and no technique.”

The interview ticked Cyborg off again, so she responded to Rousey on Facebook with the following lengthy message.

When Ronda first started using my name in interviews to build hers during our Strikeforce days it used to make me mad, however, it has gotten to the point that I now feel sorry for her.

You can tell she isn’t happy with life. She is world champion in the UFC and has the same grumpy face no matter what picture you see of her.

In almost every interview she gives she’s talking bad about people whether it is me, Miesha Tate, the ring card girls, or an ex-boyfriend and the only time she ever says anything good about someone is when she is talking about herself…lol…I’m sure even she doesn’t really believe she’s got the best ass in MMA.

This is a girl with very few genuine friends, I mean, the UFC practically had to beg fighters to congratulate her on Twitter for making the cover of Sports Illustrated.

She has struggled to find an identity away from Judo and fighting and has used her money and popularity to build an entourage. How many of those horsewoman were around before her career took off? Would they still be helping her if she wasn’t paying for their housing and helping their careers? Only she knows that answer, but there has to be a reason why a world class athlete would allow themselves to become victim of substance abuse, whether that is pain pills or other mind-altering drugs. I think a lot of her attitude is from insecurities that she has outside of the Octagon, away from fighting.

When my fight career is over, I will still have the same friends I had before I started. Regardless if the fight against Ronda ever happens, I can return to Brazil and continue living a blessed life with a family that loves me in a country that admires how I’ve represented it.

I pray Ronda can find the same happiness I have, as God has truly blessed me inside and outside the sport of MMA.

If she needs to continue bringing up my name in interviews and constantly trying to put me down for my looks, or my past mistakes, it only shows me that she still isn’t confident in herself.

There is a reason why she is saying she will only fight me at 135 lbs, despite telling anyone who will listen that she would beat Cain Velasquez, fight Laila Ali, or whatever other nonsense she will come up with in her next interview, and that’s because when she loses to me she will lose her whole identity, when the cameras aren’t around and everyone has gone home, I think she’s just a really lonely, unhappy soul, and that’s a sad way to live your life.

If the fight finally does happen, I’m not coming for the belt, it is her spirit I’m going to break, for all the mean things she has said about me. She made it personal and that isn’t something an opponent wants to do against me.

Cyborg is expected to defend the Invicta FC title on July 10, 2015, in Las Vegas. An opponent will be announced very soon!