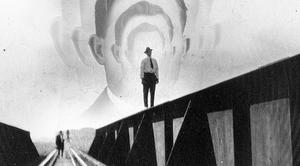 French outfit Watertank‘s latest track, “DCVR,” is currently streaming at American Aftermath. And while it is a strong track with a rich sound, it’s being heralded as “noise rock-inclined melodic hardcore,” but to me, once again, it sounds just like anything you would have heard in the grunge era or its wake. Is there a trend here? Are the kids that were rather young in the grunge age growing up and composing music that sounds like what influenced them? Let’s just stop calling anything with heavy distortion and melody noise; it’s grunge damn it.

At any rate, “DCVR” comes off Watertank’s upcoming sophomore LP, Destination Unknown, which will be released on June 29th, and can be pre-ordered here.

Watertank is currently performing their new tracks live across France, including shows with the likes of Torche, Membrane, and others. Additional tour dates are to be announced throughout the coming weeks as Destination Unknown nears release, and a larger tour is coming together for after the album’s release as well.