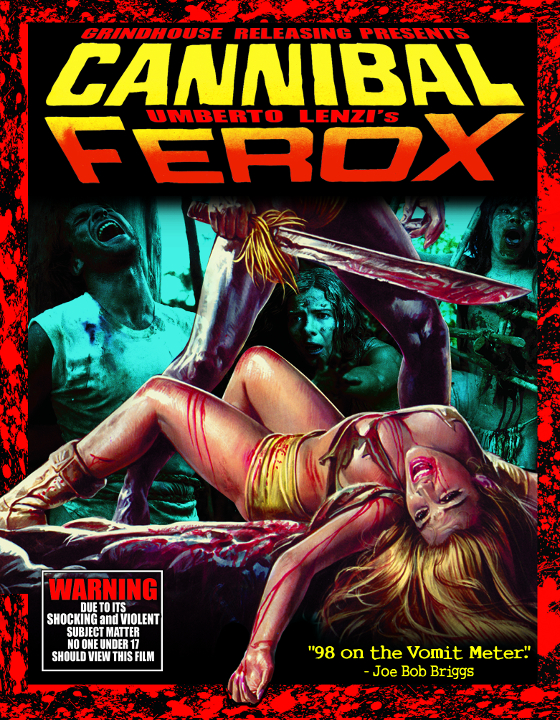 As the mastermind behind one of the most violent cannibal films ever made, Cannibal Ferox (aka Make them Die Slowly), Italian director Umberto Lenzi’s name has been linked to the cannibal horror genre for nearly 34 years. The film was released in 1981, after Ruggero Deodato’s 1980 cannibal horror, Cannibal Holocaust, which was also banned in a number of countries (roughly 31), some of which lifted their bans only recently.

Grindhouse Releasing, the sole official licensed distributor of Cannibal Ferox in North America, released the first original, uncensored director’s cut in 1990. Now, 25 year later, the company is re-releasing a one-of-a-kind unrated Blu-ray edition, which is bundled with tons of special features, such as some shocking and never-before-seen deleted scenes, a digital stereo re-mix, an all-new feature-length documentary, a glossy 12-page booklet, and other surprises.

At $25.99, it’s a 2k version of the film fans shouldn’t pass on. Check out the entire list of special features below.