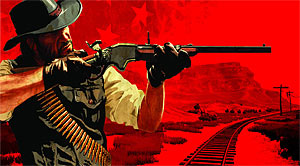 On Wednesday, during Rockstar Games’ “Asked & Answered ” feature via its official website, the developer finally dropped a fresh update about Red Dead Redemption 2, the highly anticipated sequel to the 2010 western action-adventure video game, which won several Game of the Year awards from media outlets such as GameSpot, Good Game, and Machinima.

Years after the release of the first installment, it appears that fans continue to show excitement over the franchise, which means Red Dead 2 is very likely to happen in the near future. Despite the enthusiasm over a sequel, Rockstar isn’t yet ready to shed any light on the game, however, they did tease fans to “stay tuned” in 2015 for potential news.

As we’ve mentioned when asked in the past about new games in other series such as Red Dead Redemption, Bully, and L.A. Noire, we don’t always rush to make sequels, but that does not mean we won’t get to them eventually. We have so many games we want to make and the issue is always one of bandwidth and timing. We thank longtime fans such as yourselves as always for your amazing support and please stay tuned in 2015 for announcements of what’s to come from Rockstar Games.

So don’t be surprised to see Red Dead 2 unveiled in early 2015. After all, the first entry sold more than 13 million copies and the franchise was previously referred as a “permanent” series.