Red Dead Redemption 2 – Is Anyone Ready For This? 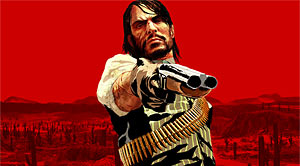 I might be jumping the gun a little on Red Dead Redemption 2, but I’m going to have to agree with Take-Two CEO Strauss Zelnick that building a “permanent” franchise is a fantastic idea, especially if they plan to do it with the open-world Western hit Red Dead Redemption, which launched nearly three years ago. Count me in as a die-hard fan because I finished the game twice, and I would gladly do so again with a sequel any day.

In a recent earnings call, Zelnick teased a possible Red Dead sequel, saying it could be a “permanent” franchise just like GTA, BioShock, and Civilization:

“It’s been our goal not just to preserve and grow the Grand Theft Auto franchise, but also to build other franchises that we think can be permanent, whether that’s the Red Dead franchise or the Borderlands franchise or the BioShock franchise or others, Civilization, for example.”

Zelnick also reiterated the fact that “permanent” franchises is a unique goal for Take-Two, and he sees it as a benefit for gamers:

“Our goal is to try to create permanent franchises, that’s the unique goal in the industry. Our competitors do not see it that way. Our competitors’ view is that our franchise will have a certain life, and at the end of that life, you move onto the next thing, so you better make hay while the sun shines,” Zelnick said. “Our view is to the contrary. The best franchises are permanent franchises. Outside of our business you can look at James Bond, for example.”

If Red Dead Redemption 2 goes into development, then expect the title to launch on next-gen platforms such as the Xbox One and PlayStation 4.