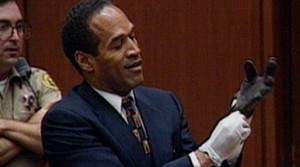 Fans of the Ryan Murphy-created series, American Horror Story, will soon have another series to look forward to from the man. FX has already green lit the pitch and the concept, giving American Crime Story a bypass of the typical “pilot episode” protocol.

American Crime Story will be a true-crime show taking inspiration from a high-profile criminal case and running with it for an entire season. The series’ premiere season will have 10 episodes and focus on the O.J. Simpson trial. The first two episodes of American Crime Story: The People v. O.J. Simpson will be written by Scott Alexander and Larry Karaszewski, the writing team behind films like Ed Wood, The People Vs. Larry Flynt, and the Andy Kaufman biopic, Man on the Moon.

We’ll keep you posted as news of American Crime Story comes to light. For now, consider some high-profile criminal cases you think would make for a good season and let us know what they are in the comments section below.

Personally, I hope that the new series isn’t a bad omen for American Horror Story.