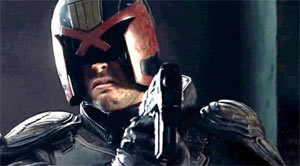 Since Dredd was one of the coolest action movies of 2012, I’m sure many Montrealers are anxious to meet the villain of the cult movie at this year’s annual Montreal Comiccon at the Palais des congrès. Unfortunately, English actress Lena Headey (Terminator: The Sarah Connor Chronicles, 300) who played that evilicious role won’t be attending in September because she needs to commit to filming for Games of Thrones.

However, we are pleased to say that the Montreal Comiccon found an equal replacement that should satisfy any Dredd fan. The man who played Judge Dredd, Karl Urban (Riddick, Priest), will now be making an exclusive appearance instead. Isn’t that sweet?

Photo ops and autographs will be available all weekend long starting on Friday, September 12. A Q&A session with Urban will also commence sometime during the day on Sunday.

Spread the word and hit the “like” button above, if you’re thrilled to meet Karl Urban next month.