You Can Now Finish the Bioshock Series For Under $23 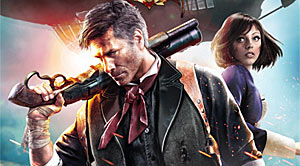 Microsoft is back again with another round of bargains for Xbox Live Gold subscribers. This month, members that haven’t completed the Bioshock series can now do so by purchasing the trilogy for less than $23. That’s right! The first two entries are selling for $5 each, and the latest installment titled Bioshock Infinite is now priced at $12.89. It’s a pretty good bargain for an FPS that won “Game of the Year” from several gaming publications.

In addition, expansions for Bioshock Infinite are also marked down, as well as various titles in the Doom and Quake series. Check out the full price list right below: