The Omen: Are You Ready For Another Remake? 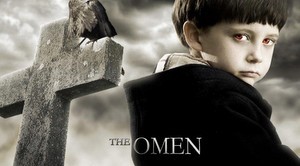 In 2006, John Moore directed the reamke of the 1976 horror classic, The Omen, starred Liev Schreiber, Julie Stiles, and Seamus Davey-Fitzpatrick. If you opted not to see that remake, you may have another chance, as sources for Bloody Disgusting are reporting that Twentieth Century Fox is looking into putting out another remake of the terrifying possession film.

We’ll keep you posted as news of The Omen remake develops.