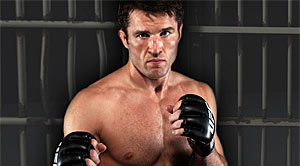 Matters in the drug department seem to be getting worse for the former MMA superstar, Chael Sonnen, after another random drug test was administered by the Nevada Athletic Commission earlier this week. It appears that the NAC discovered two more banned substances in Chael’s blood, human growth hormone (HGH) and recombinant human erythropoietin (EPO).

A total of four banned substances has now been reported since Chael took a blood and urine test on June 5 for his fight against Vitor Belfort that was scheduled for UFC 175. In the first drug test, Chael came back negative for Anastrozole and Clomiphene. Two substances that are forms of anti-estrogen treatments.

Yes, the Commission is aware of other prescribed medications I was taking and I will not challenge their allegations. I will cooperate with the Commission and look forward to having a dialogue about how fighters who transition off TRT can avoid violating any rules.

In addition, the UFC also released this statement:

We are made aware that a second random test resulted in a positive test result for Chael Sonnen. Chael will have an opportunity to appear in front of the Nevada State [sic] Athletic Commission on July 23rd. … We will support the commission and continue to ensure that all competitors complete on a level playing field free of performance enhancing drugs.

Whether or not this test will affect Chael’s fighting career outside of the UFC is still unknown, but from my knowledge Cheal is still expected to make his debut at Metamoris 4 against Andre Galvao on August 9, 2014.