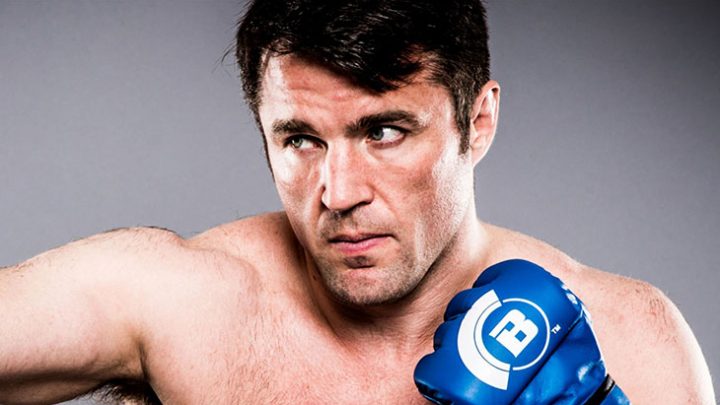 Following Bellator 222, it appears like Chael Sonnen has no more fire in him. The Bellator MMA superstar announced retirement after his loss to Lyoto Machida on Friday night.

Moments after a second-round TKO loss to Machida in the co-main event of Bellator 222 at Madison Square Garden in New York City, “The American Gangster” announced retirement and dropped his gloves inside the Bellator 360 cage. It was the 49th bout of Sonnen’s 22 year MMA career.

During the post-fight presser for Bellator 222, Sonnen said,

You’ve got to be tough in this sport. And I feel like I used all my toughness up. There were some positions in there that before in my career I would have walked right through them. I didn’t mind losing to him in his spots, like some of the stuff on our feet, those jumping knees and whatnot, but I did mind losing to him in my spots. He was on top of me, I didn’t think he’d be on top of me, I thought I could have scrambled, I got up.

“I used to be tougher. I used to want it more. I used to have more grit. And I just felt like maybe I fired my last bullet, I didn’t have that same grit and it’s time to move on.

Sonnen had high praise for Bellator president Scott Coker, explaining that there were times when the two worked together solely on a verbal agreement and that Coker always honored his word. He said the Machida fight was the last one that he owed Coker.