Tour News: Get Stoned With Deville This June 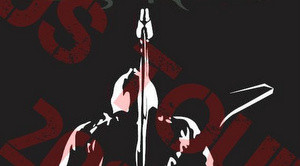 Deville is billed as being stoner rock, and I see it, but at the same time I get a pretty tame fuzzed-out indie vibe. Perhaps they’re a bit like Queens of the Stone Age, with a pop edge? It’s interesting, fun, and light, which makes Deville a nice way to break into the summer party atmosphere.

It was just announced that the Swede rockers are to hit the U.S. for a quick 17-date tour throughout the Midwest and East Coast. See the complete list of dates below. Also, check out the pretty rad video for “The Knife,” taken from their third and latest full-length, Hydra.

Swedish stoner rock hellions, Deville, will bring their hazy hymns to U.S. shores this week. The 17-date journey will commence on June 5th, in Madison, Wisconsin, and wind its way through the East Coast and Midwest coming to a close on June 21st, in Chicago, Illinois.