New Music: Nevergreen “I Never Will Believe In Love” [VIDEO] 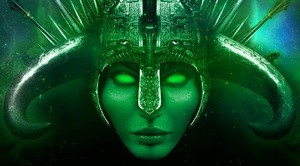 It’s been quite some time since we talked about the Hungarian Goth Metal band, Nevergreen. Last time we brought you their track “Eye for an Eye” off of their yet-to-be-released album, Vendetta.

Now, the album is out (released in May), and the band has released a new single, along with an accompanying video. The video for “I Never Will Believe in Love” has some interesting macabre S&M elements, and I do like the green hue, but I think it’s best if you just listen to the track so as not to be influenced by your visual prejudices. The music itself is a better salesperson.

The track is a slow chugger with a fantastic tone and sound that’s very pleasing to the ears. At once it is reminiscent of Rammstein while also conjuring influences from Symphonic Metal acts like Epica or Nightwish. And you really have to love the way Miklós Matláry makes those keys sing.

If you dig what Nevergreen is putting out, support a band that deserves it. Go to iTunes and buy a track or two, or even the whole Vendetta album.