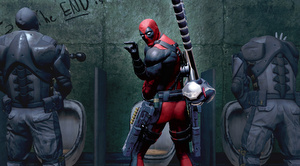 Activision has dropped all of its Marvel universe-based games from Steam, Xbox Live, and PlayStation Network (PSN). Due to an expired licensing agreement, Activision has had to remove Deadpool, X-Men: The Official Game, X-Men: Destiny, X-Men: Origins – Wolverine, and Spider-Man titles: Edge of Time, Shattered Dimensions, Friend or Foe, and Web of Shadows from its digital roster. Note that Deadpool is still available its physical form.

If you’re worried about the release of the Amazing Spider-Man 2 (ASM2), you have nothing to fear. Beenox’ movie tie-in Amazing Spider-Man is still available and Activision community manager Dan Amrich confirmed that ASM2 is definitely still on its way:

Just as Capcom was asked to remove their Marvel games from download, so did we. Activision’s ASM2 game comes out this spring.