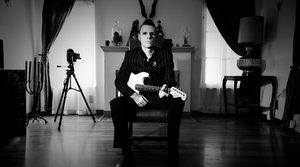 Following up on yesterday’s story announcing the new Slipknot album and Jim Root’s leave of absence from Stone Sour to write said album, we have news of who will be filling Root’s spot on the tour. Stone Sour has announced that Christian Martucci of Thousand Watt Stare will be their guitarist on the upcoming winter tour.

Martucci comes from a primarily punk background, but rest assured that he’s a versatile guitarist who’s fully capable of handling metal licks. For proof, just have a look at the video player above and have a listen at Thousand Watt Stare’s “Messenger.” It’s a hard ‘n heavy ripper.