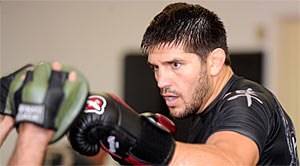 Coming this January the spotlight will shine on a new class of hungry, talented, and determined fighters as The Ultimate Fighter Nations: Canada vs. Australia presented by Xbox One showcases the newest crop of fighters on the Ultimate Fighting Championship organization’s storied reality series. Series veterans Patrick Côté (20-8) and Kyle Noke (20-6-1) lead a cast of welterweight (170 lbs) and middleweight (185 lbs) fighters, as Canada and Australia go head-to-head in the 5th international edition of the show.

Eight Aussies made their way to the Great White North to live and train together with eight Canadians in the most challenging sports tournament on television. Filmed just north of Montreal, the fighters spent six grueling weeks competing and fine-tuning their mixed martial arts skills for a shot at a six-figure contract with the UFC

The series will have 12 episodes and will premiere Wednesday, January 15, at 10 p.m. ET on Sportsnet 360 and TVA Sports, with each episode’s winner advancing in the single-elimination tournament and culminating in a three-hour finale.

Below is a full list of competitors by country and in alphabetical order: