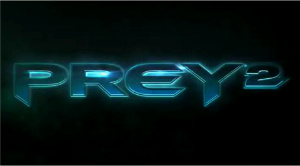 Fans of Prey have been waiting for the followup for some time, and according to Kotaku.com news of Prey 2 was leaked today.

The leaked e-mail confirms that a rebooted version of Prey 2 is being developed at Arkane Studios in Austin, Texas. It’s well-known that Prey 2 has been plagued with difficulties, despite a 2011 E3 trailer (seen above) and a playable build promoting the game. However, Bethesda delayed the game based on the fact that Human Head Studios’ work was “simply not good enough.” This certainly explains the shift in development from Human Head to Arkane, which will completely scrap any previous development and focus their fresh start on “a spiritual successor to System Shock 2,” according to Kotaku.

“Now that the news is out, we’ll be contacted left and right by press sneak f***s who will want to know more. Please don’t answer to any of their requests.”

Since us “sneak fucks” are all over this, stay tuned to Yell! Magazine as this story develops.