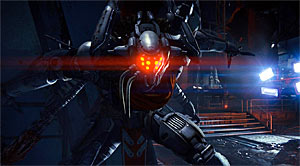 If any of the open-world games mentioned below by design director Joe Staten of Bungie Studios impressed you at all this year, then Destiny is destined to overcome any expectation you may have for the upcoming franchise slated for release next year.

Bungie’s plan with Destiny is to take “familiar” elements seen in games such as Borderland and Far Cry, and push these features to a whole new level, according to what Staten said in a new issue of Edge:

“We are absolutely doing things that would be familiar if you’ve played any kind of open-world game,” Staten said. “I mean… Far Cry, even. We would be idiots if we didn’t look at an awesome game like Borderlands and ask, ‘What are they doing well and how can we try to hit that same ball?’ I have never played a game where I have such a great attachment to my gun as I do in Borderlands.”

Another concept Bungie is also planning to capitalize on is social features in Destiny, which other online shooters continue to miss. Staten uses Borderland as an example and explains this feature further right below.

“When we look at a game like that, we look at the things they’re doing well and also at opportunities they might have missed that we can capitalize on,” Staten said. “You can party up with a group of people and then go around with that group, but never in Borderlands are you going to collide with a group of other people doing it too. We don’t do that just once or twice in the game, we do that all the time, everywhere.”

“You see other people on the horizon, hear gunfire over a hill, and see space magic flying behind some trees, and you know… there are other people out here, that [changes everything],” Staten added. “Borderlands right now is: ‘I’m going to walk into that space and we’re going to clear them out and keep going.’ And frankly that’s not just Borderlands, that’s any co-op shooter.”

Destiny will launch on the Xbox 360 and PS3, including next-gen consoles.