Mortal Kombat – New Movie, New Game Could Be In “Sync” 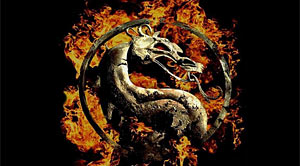 Mortal Kombat Legacy producer Lance Sloane is at it again with a new movie installment in the Mortal Kombat franchise, he confirmed the breaking update earlier at the San Diego Comic Con 2013. According to Sloane, director Kevin Tancharoen (MK: Legacy – 10 Episodes) is attached to helm the ass-busting movie from a script that is already written.

In an exclusive interview with GamerHub.TV, Sloane said that his team has “been in greenlight committee for a while at the studio and we’ve got a great script.”

In addition, Sloan also touched on an unannounced Mortal Kombat game when he said that his team is trying to work out a launch window for the movie, and wants to “sync” the release with the game.

It’s not 100% yet, but we’re getting closer every day,” concluded Sloan.

As soon as more news is announced for the new Mortal Kombat movie or video game, we’ll make sure to keep you in the loop here on Yell! Magazine.