Beast: A Monster Among Men 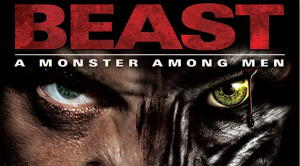 How many of you are tired of seeing films that feature zombies, vampires, werewolves, a mass-murdering slasher, or ghosts? Yeah, neither are we. However, it is refreshing to see a new monster from time to time, like the Norweigan film Troll Hunter.

Now we’re getting a new beast from Brain Damage Films. Written and directed by Mike Lenzini, Beast: A Monster Among Men tells the story of some friends who encounter Bigfoot. Yes, the long-forgotten legend of Bigfoot. It seems that Bigfoot was discussed ad nauseum in the ’80s, spawning tons of documentaries and attracting a number of theorists with the same type of passion as alien conspiracists. And now it seems the legend is about to get his due respect.

If the trailer, seen above, is anything to go by, this might be one bloodbath of a movie. The quality of the image and the sound effects are reminiscent of some B movie exploitation films. The heartbeat, the haunting music, the crunch-drag footsetps – they all add up to pure horror.

Check out the trailer and let us know if this is something you’re interested in seeing.

Five friends head out for a week getaway to a secluded cabin just outside of the Six Rivers National Forest. When an argument forces the group apart, things begin to deteriorate quickly. One by one the campers turn up dead, and things are clearly not what they seem. As day breaks, only two men remain. Yet, what if neither man is responsible for the night’s carnage, but instead it’s the BEAST who calls Six Rivers home… BIGFOOT!