Tom Hardy To Star In Takashi Miike’s The Outsider 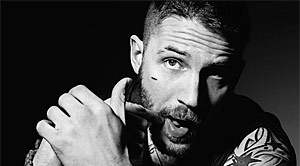 Tom Hardy To Star In Takashi Miike’s The Outsider

I knew Tom Hardy would become a Hollywood star after he put on a briliant performance in Bronson, a bizarre yet ultra-stylish crime film directed by none other than Nicolas Winding Refn (Drive, Valhalla Rising). Both continue to make kickass films in Hollywood, and Hardy is already considered the fastest-rising male star in the industry. Aside from great acting, Hardy clearly made wise choices throughout his career in selecting the right films suited for him so far. He recently starred as Bane in The Dark Knight Rises and The Forger in Inception, both films directed by Christopher Nolan.

Nowadays, Hardy was cast to play as Max Rockatansky in George Miller’ Mad Max: Fury Road, which is currently in post-production and confirmed for a Splinter Cell film, among others scheduled for release in 2014.

Another film that should boost Hardy’s career is The Outsider. Deadline just reported that Hardy is set to star in the film that Japanese director Takashi Miike (Audition, Ishi the Killer) is negotiating to direct from a script by Andrew Baldwin. It would mark Miike’s first English-language film set in a epic post-World War II Japan. Hardy will play a former American G.I. who becomes involved with the Japanese yakuza. A theme that resonates very well with Miike considering he made films such as Dead or Alive, Gozu, Graveyard of Honor, and countless other yakuza films.

The Outsider is expected to start shooting in Japan early next year.