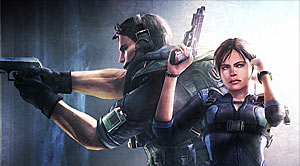 Capcom has just announced that a demo is coming for the eagerly awaited Resident Evil sequel entitled Resident Evil Revelations, which was originally released for the Nintendo 3DS last year, and is finally coming out on other consoles next month. The demo will be made available to gamers very soon; however, no date is officially set yet for the release. Once the Revelations demo is out you can get your hands on it via the PSN, Xbox LIVE, the Nintendo eShop and Steam.

The fear that was originally brought to players in Resident Evil Revelations on the Nintendo 3DS system returns redefined for home consoles complete with high quality HD visuals, enhanced lighting effects and an immersive sound experience. Furthermore, the home console version will deliver additional content including a terrifying new enemy, extra difficulty mode and improvements to Raid Mode such as new weapons, skill sets and the opportunity to play as Hunk and other characters from the series. Raid Mode, which was first introduced to the series in the original version of Resident Evil Revelations, sees gamers play online in co-op mode or alone in single player taking on the hordes of enemies across a variety of missions whilst leveling up characters and earning weapon upgrades.

Resident Evil Revelations is slated to be released on May 21, 2013 in North America on the Xbox 360, PlayStation 3, Wii U and Windows PC.