Do You Even Care If There’s A Doom 4? 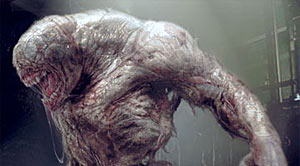 After the release of the remastered edition of Doom 3 late last year, I’m sure some of you, if any, have been wondering about the development on Doom 4 by Id and Bethesda. Well, according to Pete Hines, vice president of marketing and public relations at Bethesda, the original project was canceled, but it’s been recently rebooted.

It appears the original version of Doom 4 did not meet the “quality” and “excitement” expectation of either company involved. As a result, they felt it was necessary to cancel the game because it would disappoint Doom fans worldwide. But Hines confirmed that the team is currently refocused on a reboot for Doom 4, and promises to meet the “very high expectations” everyone has for the franchise, which pretty much revolutionized FPS games since the very first installment.

Like most of Id’s projects in progress, a release date isn’t set for Doom 4 yet, and it sounds like the game will be developed for next-gen consoles, such as, PlayStation 4 and the rumored Xbox 720.